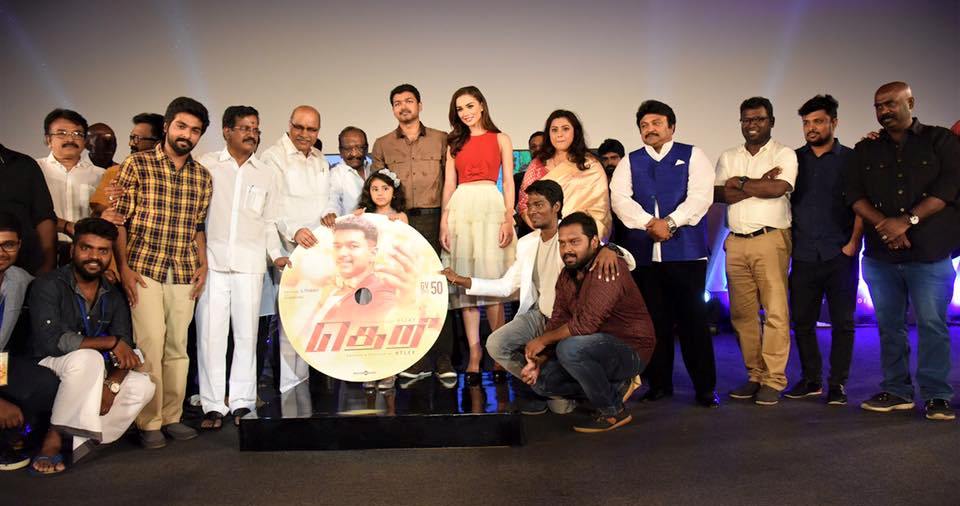 As we reported earlier, The audio launch of Theri movie to telecast on Vijay Television on Sunday, 3rd April. Ilayathalapathy Vijay starrer Theri songs has been released recently on 20th Match at Chennai. The video footage of grand function to broadcast on Stay Vijay tv, watch online on Hotstar.com.

Starring Vijay, Samantha, Amy Jackson in the lead roles, Theri written and directed by Atlee and produced by Kalaipuli S. Thanu. The music of the film composed by GV Prakash Kumar.

Reportedly, Theri marked as 50th movie for GV Prakash as Music composer. The audio rights of the film has been bagged by Think Music India for whopping price. 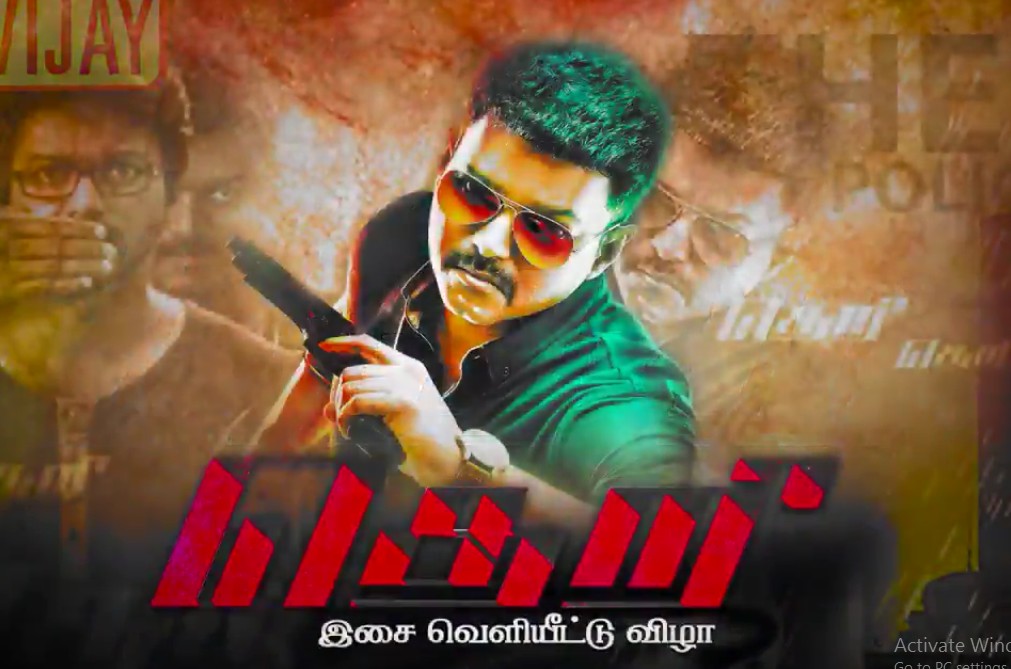 Here is the complete list of soundtracks which composed by GV Prakash Kumar.

The songs of Theri which released earlier on 20th March in iTunes and official youtube channel of Think Music.

The satellite rights of Theri movie has been bagged by Vijay television for whopping amount. Earlier the leading south Indian channel also acquired Thuppakki and Nanban. The film was slated for April 2016 and official release date to announce soon by the team.