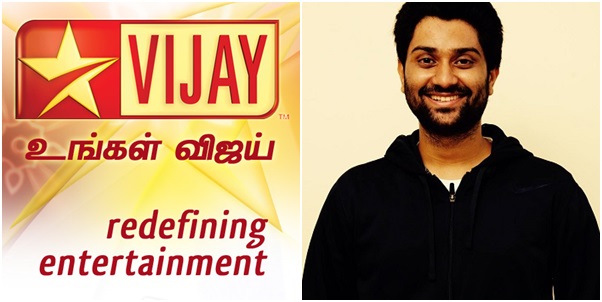 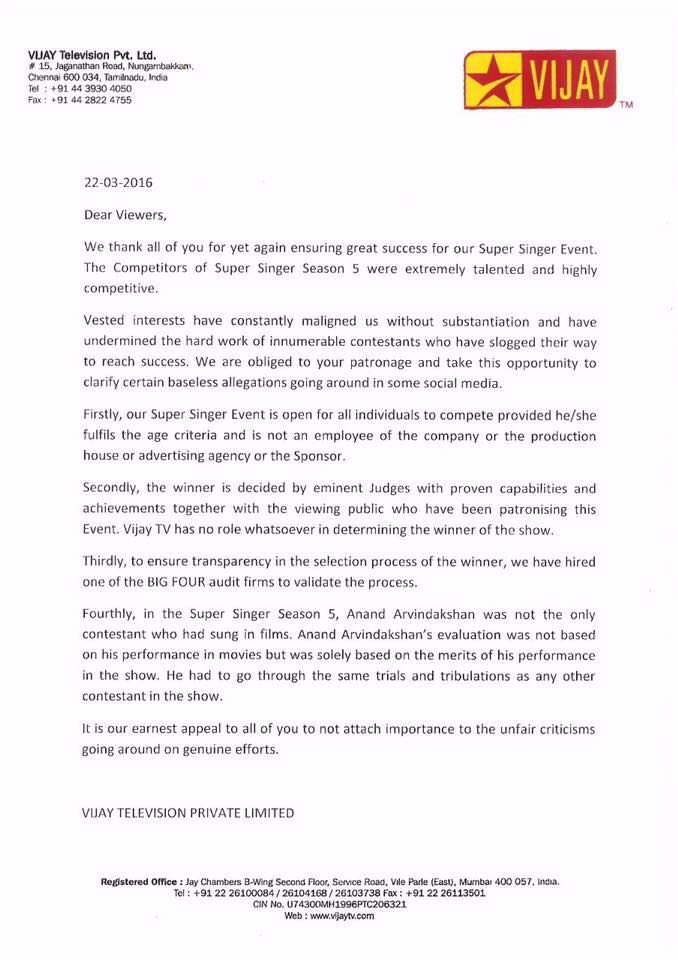 We thank all of you for yet again ensuring success for our super singer event. The competitors of super singer season 5 were extremely talented and highly competitive.

Vested interests have constantly maligned us without substantiation and have undermined the hard work of innumerable contestants who have slogged their way to reach success. We are obliged to your patronage and take this opportunity to clarify certain base less allegations going around in some social media.

Firstly, our super singer event is open for all individuals to compete provided he/she fulfills the age criteria and is not an employee of the company or the production house or advertising agency or the sponsor.

Secondly, the winner is decided by eminent judges with proven capabilities and achievements together with the viewing public who have been patronizing this event. Vijay TV has no role whatsoever in determining the winner of the show.

Thirdly, to ensure transparency in the selection process of the winner, we have hired one of the BIG FOUR audit firms to validate the process.

It is our earnest appeal to all of you to not attach importance of the unfair criticisms going around on genuine efforts.

According to the press release by Vijay TV, Anand Aravindakshan is selected based on public voting and as per rules any one can participate on the competition. And the news takes vijay television go viral in social media’s facebook, whatsapp and twitter. Will this issue brings some bad name to brand Vijay Television?