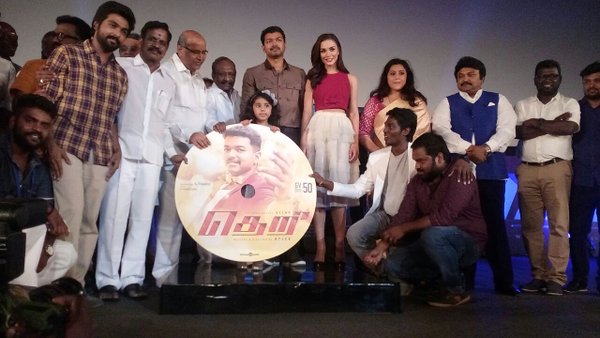 A huge celebrity extravaganza gathered for the night on the launching songs of Theri. The star cast of Theri including Vijay, Amy Jackson, Atlee, GV Prakash Kumar, Mahendran, Nainika and more has presented at the evening.

Reportedly, Star Vijay television has bagged satellite rights of Theri movie for whopping amount. According to the source, The audio launch expected to telecast on the channel during April 2016.

The music of Theri composed by GV Prakash Kumar and trailer of the flick launched along with songs.