Nenje Ezhu Live in Concert to broadcast in Sun TV 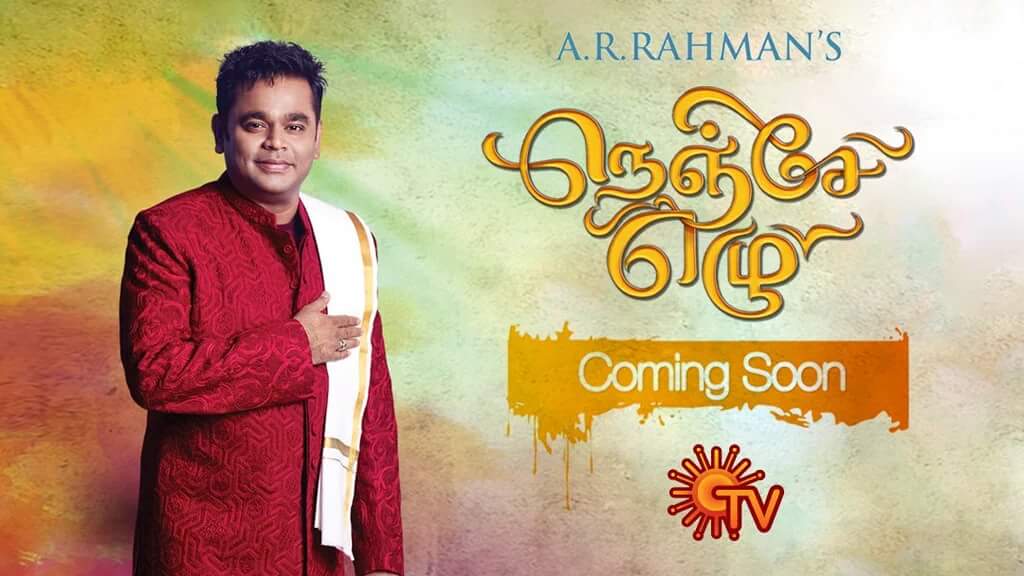 Nenje Ezhu Live in Concert, The passionate Chennaite in A.R. Rahman is coming together with the passion he’s more known for — his music — to revive Tamil Nadu just recovering from the absolute devastation caused by the floods earlier this month. Along with AR Rahman some of the most prominent singers has joined with music mastero on concert. The notable names like Haricharan, Srinivas, Karthick and Sid Sriram. The live in concert has happened in top three cities of tamil nadu during January and February 2016 – Chennai, Coimbatore and Madurai.

According to Reports, Sun TV planning to telecast Chennai concert on its channel. Initially reported that Vijay TV has got rights of concert, now its confirmed that SUN TV to broadcast Chennai show. Meanwhile Jaya TV has acquired Madurai concert and to telecast on 6th March, 2016. So its going to be musical treat for small screen audience. Stay tune for more updates about AR Rahman Nenje Ezhu Concert telecast on Sun TV date and other updates.