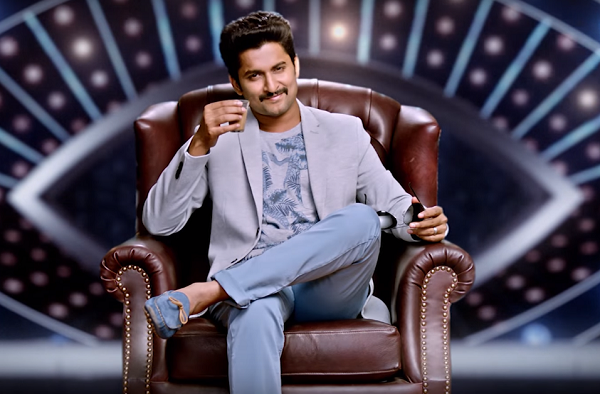 Prominent Telugu actor Nani replaced Jr. NTR as host of popular television show Bigg Boss Season 2. The show which is all set to begin in June 10th, 2018. Reportedly 15 contestant expected to enter the house and to stay for 100 days. The actor to make his television debut as host.

The first season of Bigg boss Telugu which happened in 2017, was hosted by Jr. NTR. After massive success of the show, the makers decided to increase the days from 70 to 100 for season 2. According to the source, 15 celebrity and commoner contestants all set to participant in the show and their activity will be monitored with 60 camera’s around the house.

Since Jr. NTR commited for his upcoming movies, the sensational star of Telugu film industry Nani has catched the high balls of Bigg boss makers and grabbed the offer to host the show. As per the report, Nani will be paid more than Jr. NTR to host the second season Bigg boss which will be take part for 100 days.

The contestants for season 2 of Telugu Bigg boss is not yet officially announced, however there is various speculation going round that likes of Varun Tej, Charmi and other notable stars might take part of the show.