The public poll result of Bigg Boss tamil for week 4 has been announced. Namitha evicted from the house after receive lesser number of vote from audience. 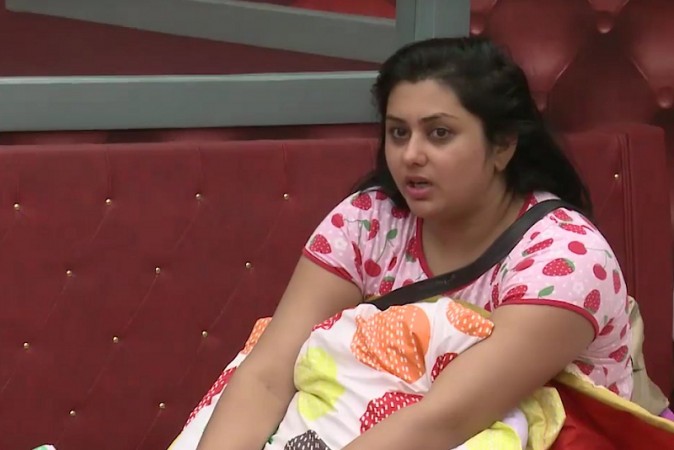 The most controversial week of bigg boss came to conclusion and Namitha departs from the house. She has entered as 15th contestant into house on the first day, now evicted as 5th participant from bigg boss.

On the first day of week 4, Oviya, Namitha and Ganesh Venketraman nominated for eviction. Oviya has been nominated for third consecutive week and she almost opposed by all participant from the house. However, Oviya created huge stardom for her true behavior and loyalty.

On the other hand, Namitha is someone who opposed by other contestants like Vaiyapuri, Aarav, Juliana, Sakthi and more. Her dominance behavior and act haven’t like by some participant and so she nominated for public poll. Namitha also commented over other contestants like Aarav and calling him ‘Item Boy’ which hurts him deeply.

After nominated for Eviction, The ego clash of Namitha with Oviya have seen throughout week. She keep complaining about her and making every other contestant for oppose her as a team. Which is quite disgusting for audience who watching from television. May be that is few reason why Namitha havn’t got much votes from public.

Oviya got maximum number of votes for third successive week, Hence proved If you are loyal to yourself, then people will definitely support you. With all drama which happened last few days, no wonder Oviya will be nominated for next week. Let’s wait and watch. For more latest news and updates of bigg boss tamil check out scooptimes.com.