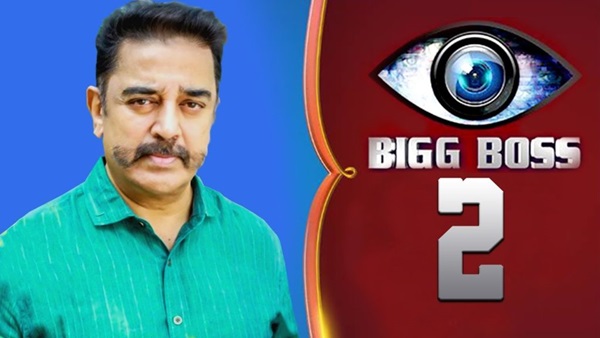 An Exiting news about Bigg boss tamil season 2 has been doing rounds in social media. After massive success of first sesson, Bigg boss 2 tamil all set to start soon. The controversial television show which telecast in Vijay Television to conduct new season with new celebrities.

According to the buzz, Ulaganayagan Kamal Haasan who host the Bigg Boss Season 1 all set to back present next season. The actor who recently started his political party ‘Makkal Needhi Maiyam’. Initially reported, Kamal Haasan won’t be part of Bigg Boss show any more. But recent source revealed, Ulaganayan to host the mega show.

Kamal paid whopping amount for last season, which he paid off for pulling audience to watch the show for his unique way of hosting. However there is no official confirmation regarding the news by show producers or television channel.

Bigg boss Tamil season 1 which makes new experience to tamil small screen audience. The makers are looking to cast new celebrities for the show along with few more common contestants.

For Season 2 of Bigg Boss Telugu all set to host by actor Nani. The rising super star of tollywood industry will be replacing Jr. NTR for the season 2.