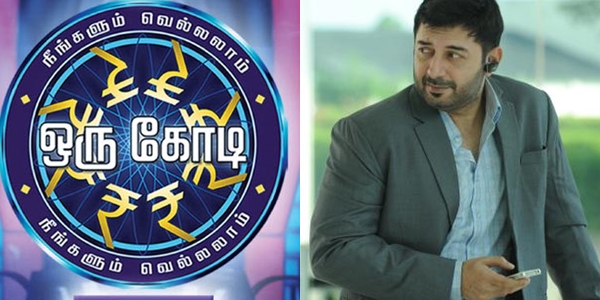 According to the source by TheNewsminute, Aravind Swamy most likely to host the show ‘Neengalum Vellalam Oru Kodi’ 2016 Season 3 on Vijay TV. However, the news not yet confirmed officially.

The first season of this popular show is hosted by Suriya and later the second season done by Actor Prakash Raj. The leading stars of industry including Kamal Haasan himself participated in this game show last season.

The Tamil version of Kaun Banega Crorepati all set to telecast on VIjay Television again. For the past few days, the promos of NVOK season 3 are being aired on the channel.