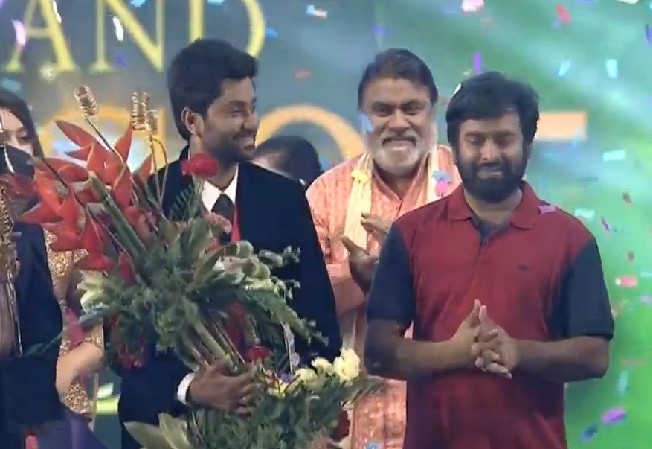 The much awaited results announced Anand Aravindakshan, the winner of 2016 Airtel Super Singer season 5. The top five finalist contestants has performed on the grand stage in two free style rounds. The title winner is selected based on public voting poll and judges mark along with pre-finals. The grand finale which held at chennai on March 16th.

Anand crowned as title winner of Super Singer 5 and followed with Freedha as first runner up. Rajaganapathy selected as 2nd runner up and Siyad at 4th place, Lakshmi Pradeep at 5th Place.

Among all five finalist, Anand Aravindakshan got more votes than other contestants. Repordely, Anand got 9 lakhs vote on Grand Finale. He was title season winner along with 70 Lakhs villa which sponsered by Arun Excello.