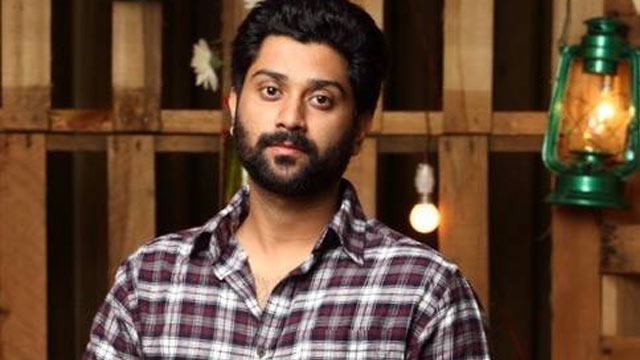 The title winner of Super Singer 5 Anand Aravindakshan has finally opened up about the issue. After came to know Anand was already a playback singer, viral FB post claims Vijay TV flouted rules. Since past few days Social media has takes huge criticisms over Vijay Channel and Anand for baseless result of Super Singer. However Vijay Television officially released statement about the issue and follow. Now Anand writes an emotional post regarding the issue. Check out below!

Here is what Anand Aravindakshan respond to the public about Super Singer Issue:

Last 2 days, the days that should’ve ideally been a celebration time for my hard earned success, has been a nightmare for me.

Thank you to all the people and the Channel that stood by me during the hardest of times this week. I thought I had reached the pinnacle of success after 10 months of contesting , learning songs, competing, winning & 10 YEARS OF MY LONG WAIT FOR THAT 1 BIG STAGE.

BUT A few kind souls created fake profiles to promote an already known fact from Google and my facebook profile all OF a sudden.. Throughout the super singer tenure, these information were available very much in all the sites and my Fb profile itself.

If I really wanted to conceal any fact, I could’ve deleted all the information, which I never did, simply because I had the eligibility to contest…

These 2 days, I have started feeling I am the most unlucky singer & I shouldn’t have had big dreams and aspirations about my career, like everyone else.

All these years , I was one among 1000’s of playback singers in the industry trying to give my demo CD, sing jingles, scratches, devotional songs, tracks and film songs for over a decade, wherein one in 50 songs would get approved in my voice and the others would be replaced by Heroes, Music directors, Bollywood singers or Super Singers..

I started having heavy insecurities about my career, as recordings weren’t materializing and show opportunities were never in the scene.. As a full time musician, I didn’t want to live the rest of the 40-50 years singing one song every year and waiting for a break or the next song opportunity for the rest of the year.

I was not SPB Sir, Shankar Mahadevan sir or Karthik Sir to be known by the whole world and to be sought after. Or if I were one of them, I wouldn’t be appearing for auditions with thousands of other singers and going through a one year competition process ..

No one knew me or my playback background that was very much available in Internet all these years . That’s precisely the reason why I participated.. I wanted you all to know who I am. Everybody craves for a recognition, why am I being treated differently? ..

I was not even a client’s last option for performing at their event for a cost that’s 1/10th the payment of other singers. I have approached event managers asking them just for opportunities at no cost , so that I can build some contacts and get a platform to showcase my skills. But how long could I have done that? I had big dreams but would end up listening to success stories of my co-singers and feeling inferior about not being anywhere close.

I did try many other reality shows and had even won them but with no luck in terms of elevating my career musically after that. I decided to try my luck in one of the most popular reality shows- Super Singer that has given life and career to most of the aspiring playback singers whom I have known for many years.

My friends who were unsuccessful playback singers and who craved for recognition and popularity went to Super Singer previous seasons and came out as most successful and sought after artists. I was inspired. I wanted to learn the Art of Live singing and get exposed to singing confidently for thousands of people without stage fear.

Here I am today, after checking my eligibility criteria, contesting with 10,000 other contestants, being judged initially by my friends, co-singers and juniors without feeling embarrassed about it, facing a risk of being eliminated in every round , bearing no special advantage from the channel or judges on any grounds, after having worked really hard to give my best and winning the title – ending up facing a lot of humiliation that I don’t deserve.

Super Singer gives exposure to anyone who is aspiring to come out as a much better singer, with professional voice training / Rehearsals/ Experience of performing with great musicians and Fine tuning by qualified judges … We are all trained to be at par with each other by the show so the competition is very fair and healthy.

So Where comes the question of competing with Amateur singers ? Live singing and singing in a studio are both poles apart. There is no retake or a second chance if mistakes are made during live singing. It’s a make or break situation everytime and costs a lifetime career for contestants like me. Infact, it’s more insecure for a full time musician like me singing for a living, to not know the road ahead as against a co-contestant having an IT job and drawing a monthly salary singing just for exposure.

I put my heart and soul for this victory and have had equal or more struggle than other contestants too. Its disheartening to know that my victory is bothering so many people who are now debating about the rules of the competition after 5+yrs of it being changed, who don’t really watch the show, who have deleted their profiles after having happily achieved what they wanted to spread or for that matter people who don’t even know struggles that an unsuccessful playback singer faces . I never came to this show for a flat or a prize.

I came with a mere hope of getting to some level , say a top 20 or a top 10 that could give me shows and recordings to make a living filled with passion . No rule was broken, there wasn’t a rule in first place on my eligibility- the only one rule that channel had was the age limit above 14 years.

Channel had clearly announced only flat and other prizes in every round during this season, unlike the first season where debut playback singing opportunity for a music director was announced in every episode.

If some people assumed that this season was to find a new talent to give his debut playback opportunity, is that our mistake? Does Brammanda kural thedal mean Cinemavil padadha kural from any angle? No one can hold the channel or me responsible for your assumptions. Kindly don’t assume, it costs you nothing to find the truth , guidelines and then write. But It costs us poor contestants our reputation and life.

Beyond all this, every co-contestant of mine knew I was a playback singer. Did they raise any issue! Not only me, my co-contestants, my previous season Singers and also Contestants and winners from few other reality shows from other channels have had A playback singing record.

It’s a very broad term- someone who has sung only one song all through his life is also a playback singer and someone like an Spb sir who has crossed half a lakh songs is also a playback singer. Extremely worrying, depressing and negative I feel, after putting in so much for my own career through this show . After a 10 year struggle, I found a ray of hope through this show and also worked real hard to attain it..

And I thought I attained it. But this issue has actually pushed me to where I was 10 years back, and left me thinking why I even won this show. Was I better off standing outside studios & waiting for a single glance ?! I Don’t know !!! BUT what I know is it was little more peaceful then .. YES, I didn’t have many people who Loved me , but may be back then many didn’t hate me !