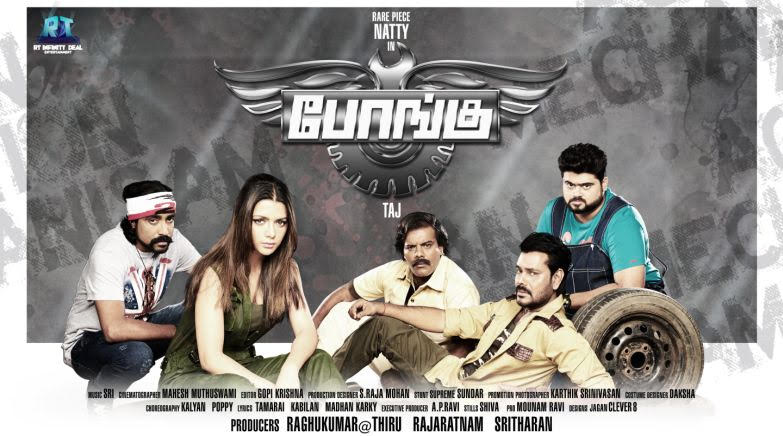 August 20, 2016: The official teaser of the upcoming Natarajan Subramaniam (aka Natty) starrer ‘Bongu’ is released on YouTube. Model and Hindi actress Ruhi Singh plays the female lead, who is making her entry into the Tamil movie industry through this action heist film.

Atul Kulkarni, Sharath Lohitashwa, Ramdoss, Rajan and Arjunan are also part of the cast. Written and directed by debutant Taj, the movie’s cinematography is handled by Mahesh Muthuswami, whereas the editing is done by Gopi Krishna.

Srikanth Deva has composed the music to the lyrics of Thamarai, Kabilan and Madhan Karky. Muzik247 is the official music label. ‘Bongu’ is produced by [email protected], Rajaratnam and Sritharan under the banner of RT Infinity Deal Entertainment.