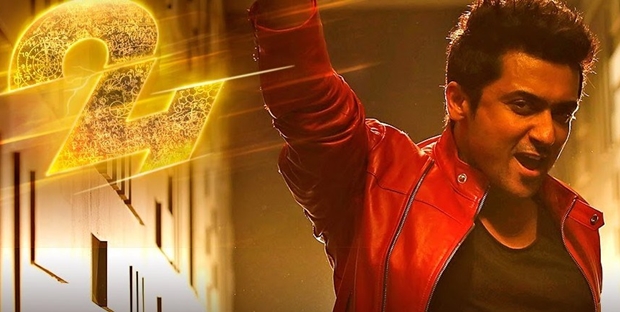 24 Satellite Rights: The tamil television satellite rights of Suriya’s 24 is grabbed by leading channel for huge price. The 2016 upcoming tamil science fiction film starring Suriya, Samantha, Nithya Menon in lead roles, which directed by Vikram Kumar and anticipated to release on May 2016. Check out below for 24 movie satellite right details.

Reportly, Vijay TV emerged as the proud owner of 24 satellite right for a whooping amount. Market sources confirmed that Vijay group triumph victorious despite a huge competition from other satellite channels in Tamil Nadu market. Sun TV and Jaya TV are the other two channels which battled in the race.

According to source, The satellite rights of 24 is sold for huge price approximately around 15+ crores (Unofficial). The film rights said to be highest ever for Suriya in tamil. Reportedly, The actors previous flick ‘Masss’ grabbed by Sun Network.

Touted to be Tamil sci-fiction movie, 24 movie written and directed by Vikram Kumar and Starring Suriya, Samantha and Nithya Menon in lead roles. 2D Entertainment produced the movie and the music composed by AR Rahman. Stay tune this space for more updates about 24 movie.