Velaikaran Release Date: Velaikaran is an upcoming tamil movie which is written and directed by Mohan Raja and the film produced by R.D. Raja’s 24AM Studios. Touted to be action thriller film (wiki), Starring Sivakarthikeyan, Nayanthara and Fahadh Faasil in lead roles.

The music of Velaikaran composed by Anirudh Ravichander and cinematography handled by Ramji. The shooting has been commence on Mid 2016 and expected to release in August 2017. Check out below for Velaikaran Movie Songs, Teaser, Trailer releasing date details.

Here is the complete details about actor, actress cast and other technical crew members of Velaikaran movie.

AFter blockbuster success of Remo, the first film from the banner 24AM Studios, Producer RD Raja signed his second venture with Sivakarthikeyan. The film to helm by Mohan Raja. The title ‘Velaikaran’ announced on Sivakarthikeyan’s birthday 17th February 2017.

The team announced complete technical crew of Velaikaran was gathered with Anirudh Ravichander signed on as the music composer, Ramji as the cinematographer and the editing will be doing by Vivek Harshan. The other crew details will update soon.

Lady Superstar Nayanthara has been signed as female lead lady and the supporting cast of Velaikaran movie ensembles some prominent names which includes Fahadh Faasil, Sneha, Prakash Raj, Thambi Ramaiah, Rohini, RJ Balaji and others. The shooting of the film going in full swing and planning to release on August 2017. Meanwhile check out teaser, audio and trailer release date of Velaikaran movie below.

According to the source Sivakarthikeyan’s Velaikaran release date to announce by the team officially after starting post production work of the film. 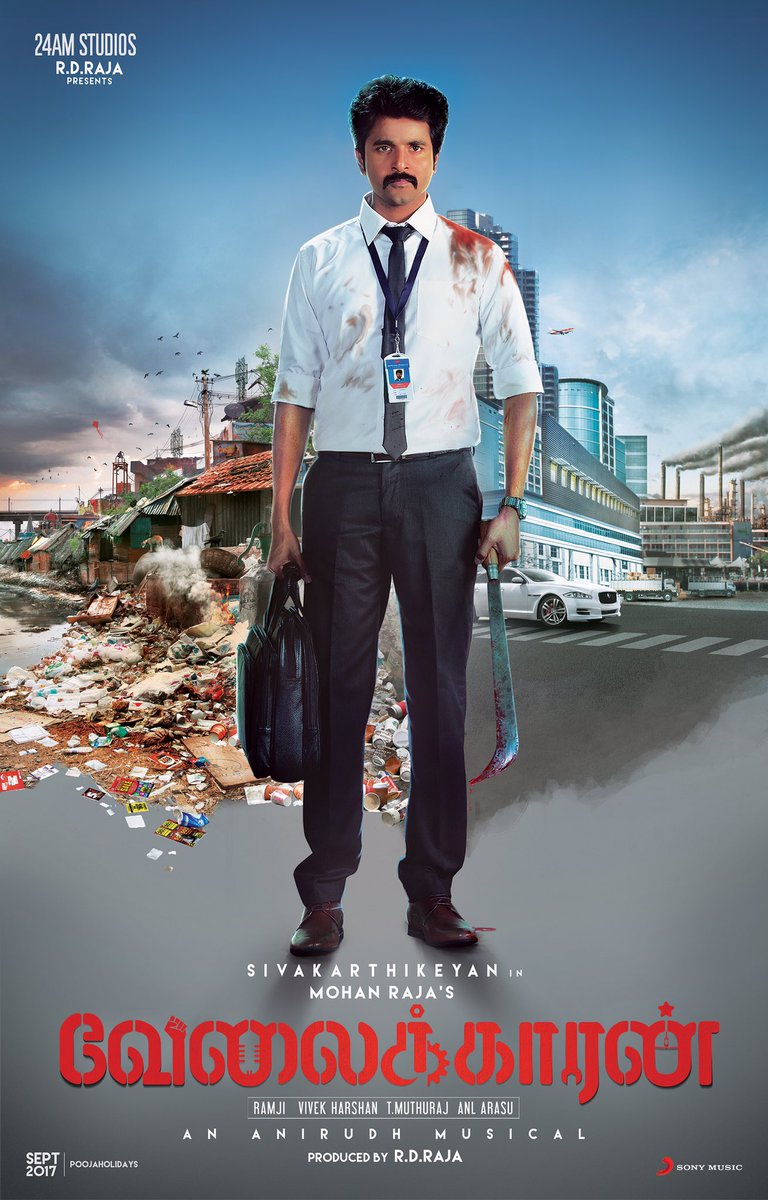