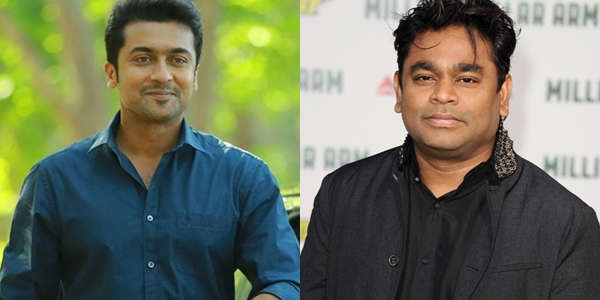 24 Audio Release Date: The much awaited Suriya’s 24 movie audio launch date has been confirmed officially by the team. From the musical of AR Rahman, the songs of 24 to release on 11th April, 2016.

According to the source, The Tamil audio of 24 to release on 11 April, Morning 9 AM at Chennai and Telugu audio to reveal on the same day at Hyderabad, on evening 6 PM.

Previously, the team has released single track of the film ‘Kalam En Kaadhali’ on March 14th, which received huge reception among kollywood movie goers. The lyrics written by Viramuthu and crooned by Benny Dayal.

After huge expectation of Teaser and single track, Fans of Suriya and AR Rahman awaiting for the album release. The official tracklist and singers detail of 24 movie to reveal soon before audio launch.

Suriya collaborate with AR Rahman after Aayudha Ezhuthu and Sillunu Oru Kadhal. As like previous films, The chart buster album awaiting to relase on 11th April.

The film slated for May 2016 release. Stay tune for more updates about 24 Audio Launch.