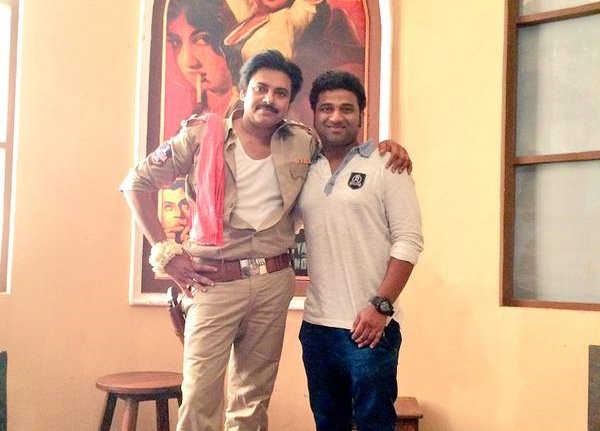 The much awaited Pawan Kalyan’s Sardaar Gabbar Singh audio release date is atmost conformed and the grand launch to happen on 20th March, 2016 (rumored). From the musical of Devi Sri Prasad, the official announcement about venue location of the audio launch (Amaravati / Hyderabad) to reveal soon by the makers of sardar gabar sing. Check out below for more details about Gabbar Singh audio launch date.

Sardaar Gabbar Singh, the most anticipated movie of the 2016, starring Powerstar Pawan Kalyan. The fans of Mega family and Powerstar is eagerly awaiting for release of Gabbar from couple of months. The shooting of the film going in brisk phase and expected to release soon.

Latest buzz doing round on social media that Gabbar Singh songs expected to release on March 20th. However, no official confirmation for the team of Sardaar Gabbar Singh.

According to the reports, Gabbar Singh songs set to release on March last week or April first week. All the fans are holding their hearts in their hands and are waiting for the audio songs to be released. Devi Sri Prasad, the composer of the flick expected to give chartbuster album for Powerstar Pawan kalyan. Rockstar DSP and Powerstar duo has entertained tollywood audience since from Jalsa to Attarintiki Daredi.

Reportedly, Sardaar Gabbar Singh slated for Mid 2016 release, Meanwhile the makers begin post production work. The trailer and audio date to announce by the makers officially in upcoming week. Makers are planning big for the audio release event to call Tollywood biggies for the function. It is said that the Mega family members Chiranjeevi and Nagababu are expected to attend the audio release of the Sardaar Gabbar Singh movie.

Touted to be action entertainer, Sardaar Gabbar Singh is directed by K. S. Ravindra. Produced by Pawan Kalyan and Sharath Marar jointly under their banners Pawan Kalyan Creative Works and Northstar Entertainment Pvt. Ltd. in association with Eros International, the film is the sequel of the 2012 Telugu film Gabbar Singh. Kajal Aggarwal plays the female lead and Sharad Kelkar plays the antagonist, marking his Telugu debut. Devi Sri Prasad composed the score and Arthur A. Wilson was its cinematographer.