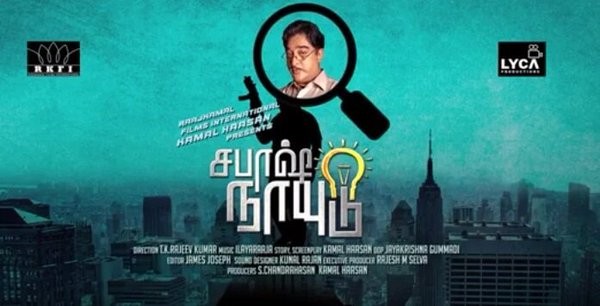 Sabash Naidu Release Date: Sabash Naidu (2016) is an upcoming tamil movie which is written by Kamal Haasan and directed by TK Rajeev Kumar and the film produced by Rajkamal Production and LYCA Productions.

Touted to be Comedy entertainer, Starring Kamal Haasan, Shruthi Haasan, Brahmanandam in lead roles. The movie anticipated to release on End of 2016. The music of Sabash Naidu composed by Ilayaraja and cinematography handled by Jayakumar Gummadi.

The shooting has been commenced on May 2016 and planning to wrap in Mid 2016. Check out below for the Movie Audio & Songs, Teaser, Trailer release date details.

After Thoongavanam in earlier 2016, Kamal Haasan has signed his next with Director Rajeev Kumar. The film is bankrolled by LYCA Production.

Shruthi Haasan has been signed as female lead lady and the supporting cast of Sabash Naidu movie ensembles some prominent names which includes Bramanandham and others. The shooting of the film going in full swing and planning to release on End of 2016. Meanwhile check out teaser, audio and trailer release date of Sabash Naidu movie below.

According to the source Kamal Haasan’s starrer release date to announce by the team officially after starting post production work of the film.