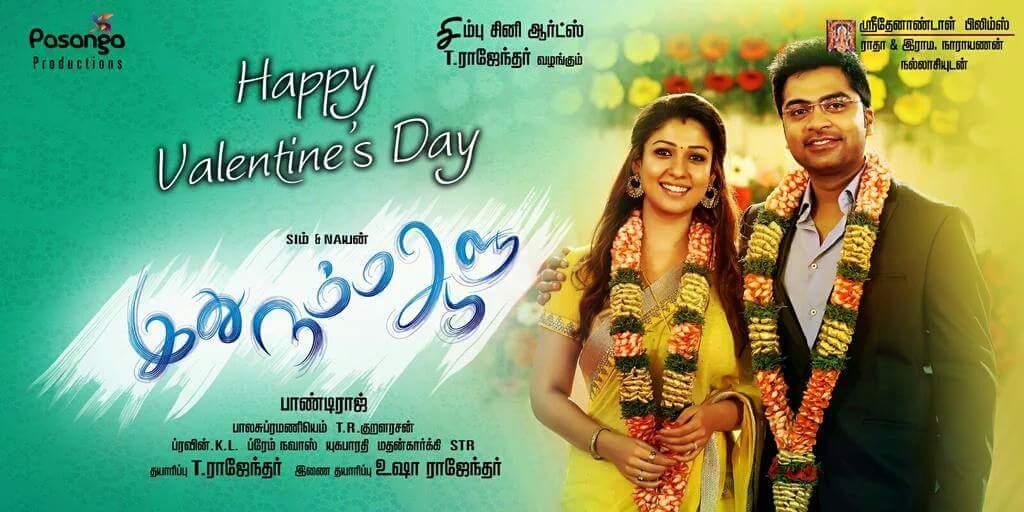 Simbu’s forthcoming Idhu Namma Aalu release date has been tentatively scheduled on March 2016. The film directed by Pandiraj has been wrapped up recently and the post production work going in full swing. Meanwhile the songs of Idhu Namma Aaalu released last week from the musical of Kural Arasan.

Touted to be Romantic comedy movie, Idhu Namma Aalu written and directed by Pandiraj and produced by T. Rajender’s Cimbu Cine Arts. Starring Simbu, Nayanthara, Andrea Jasmine and Parotta Soori in lead roles. The shooting of the film has been commenced two years back.

After some cold war between Director Pandiraj and Composer Kural, the audio of Idhu Namma Aalu launched on February. The reason for ‘Idhu Namma Aalu’ release due to lack of time in production as shooting date exceeds. The makers has to complete one more song which extend from actual planning date. Busy actress Nayanthara refused to give her call sheet for remining portion of shoot. So the makers planning to complete the video song wit Simbu and Andrea Jasmine.