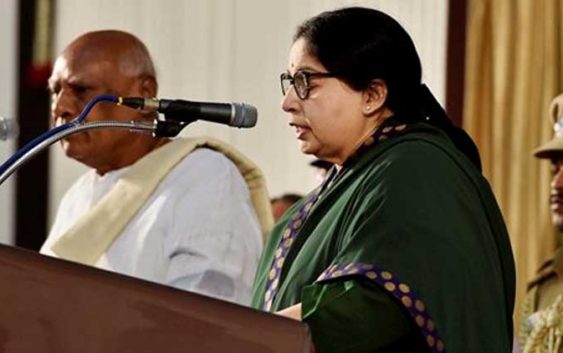 ADMK Ministers/ Amaichar list: Tamil Nadu Chief Minister and AIADMK general secretary Jayalalithaa was sworn in at Madras University on Monday. With Governor K Rosiah administering the oath of office and oath of secrecy to Jayalalithaa at 12:05pm. For the sixth time J. Jayalalitha elected takes oath as Chief Minister of Tamil Nadu. Check out below for complete list of Ministers of ADMK for new cabinet 2016.