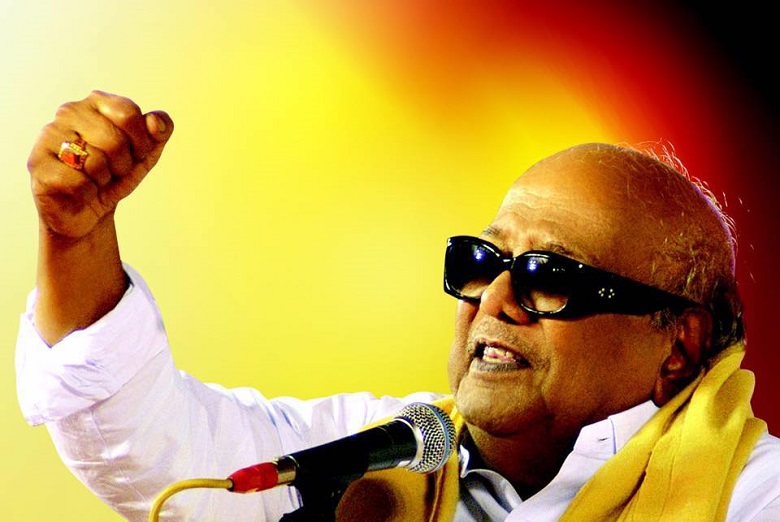 DMK Manifesto/ Therthal Arikkai 2016: Dravida Munnetra Kazhagam (DMK) party officially announced election 2016 Manifesto list on April 10th. The leader of the party, Dr. M. Karunanidhi released the list that refraining from “the bashing of other parties” is included in his party’s manifesto for the national polls. Tamil Nadu to face legislative assembly election on 2016 and the leading party of state DMK eyeing to sweep opponents. The candidiates list of Dravida Munnetra Kazhagam for 2016 state election to reveal on April 11th which includes all 176 members. Check out the below article for more information regarding DMK Election Manifesto/ Therthal Arikkai 2016 List details.

Here is the complete list of Election Manifesto which released by Dravida Munnetra Kazhagam for legislative assembly election.

– TASMAC employees to be given alternative employment.

– Training in organic farming under scheme to be launched in the name of Nammazhvar.

– Minimum support price for paddy to be increased.

– Tamil will be introduced as official language in Central Government offices too.

– Maternity leave to be increased to nine months.

– Aavin milk price to be reduced by Rs 7.

– Lok Ayukta to be established in TN.

– Employment camps in all districts.

– Leather park to be established in Chennai, Dindigul and Vellore.

– Smart card to be issued within 15 days for those who do not have a ration card.

– Anna Unavagam to be established.

– 200 checkdams to be constructed to prevent flooding at a cost of RS.2,000 crore

– First generation graduates to get first preference for government jobs

– New pension scheme will be scrapped for government employees and teachers

– All Defamation cases to be withdrawn

– Cases against Kudankulam protestors to be withdrawn

– Steps to be taken to revive Legislative Council

– Uninterrupted electricity to be provided

– Electricity production to be enhanced

– Education loan of college students to be written off.

– One lakh new jobs to be created every year

– All vacant posts in schools to be filled

– New medical colleges in all districts

– 4th police Commission to be set up

The opponents party of tamil nadu assembly DMK came up with strong and innovative manifesto for general polls 2016. The Dravidan party eyeing to attract all age groip people with their Therthal Arikkai list. Not to forget they offered lots of freebies on last assembly elections. While like other coalition DMK quotes for liquor free state in their list.