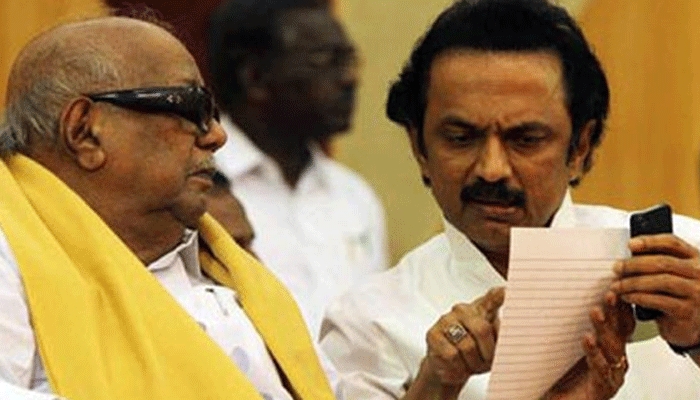 DMK Candidate/ Vetpalar Pattiyal 2016: Dravida Munnetra Kazhagam (DMK) party released the complete candidate list for upcoming TN Elections 2016. The leading political party which helm by Dr. M. Karunanithi all set to contest in 176 seats all over tamil nadu along with alliance of Congress. The other opponents ADMK and DMDK also revealed their vetpalar list for state assembly elections. Earlier on April 10th, DMK revealed the complete manifesto list for the assembly polls 2016 on behalf of press and media. Tamil Nadu getting ready to face legislative assembly election which is slated for May 16th, 2016. Check out the below article for more information regarding DMK Candidate/ Vetpalar Pattiyal Election 2016 List details.

Here is the complete list of Candidates who going to represent Dravida Munnetra Kazhagam (DMK) for upcoming elections 2016. Check out below for Vetpalar pattiyal name and thoguthi details.

Here is the complete list of Election Manifesto which released by Dravida Munnetra Kazhagam for legislative assembly election.

– TASMAC employees to be given alternative employment.

– Training in organic farming under scheme to be launched in the name of Nammazhvar.