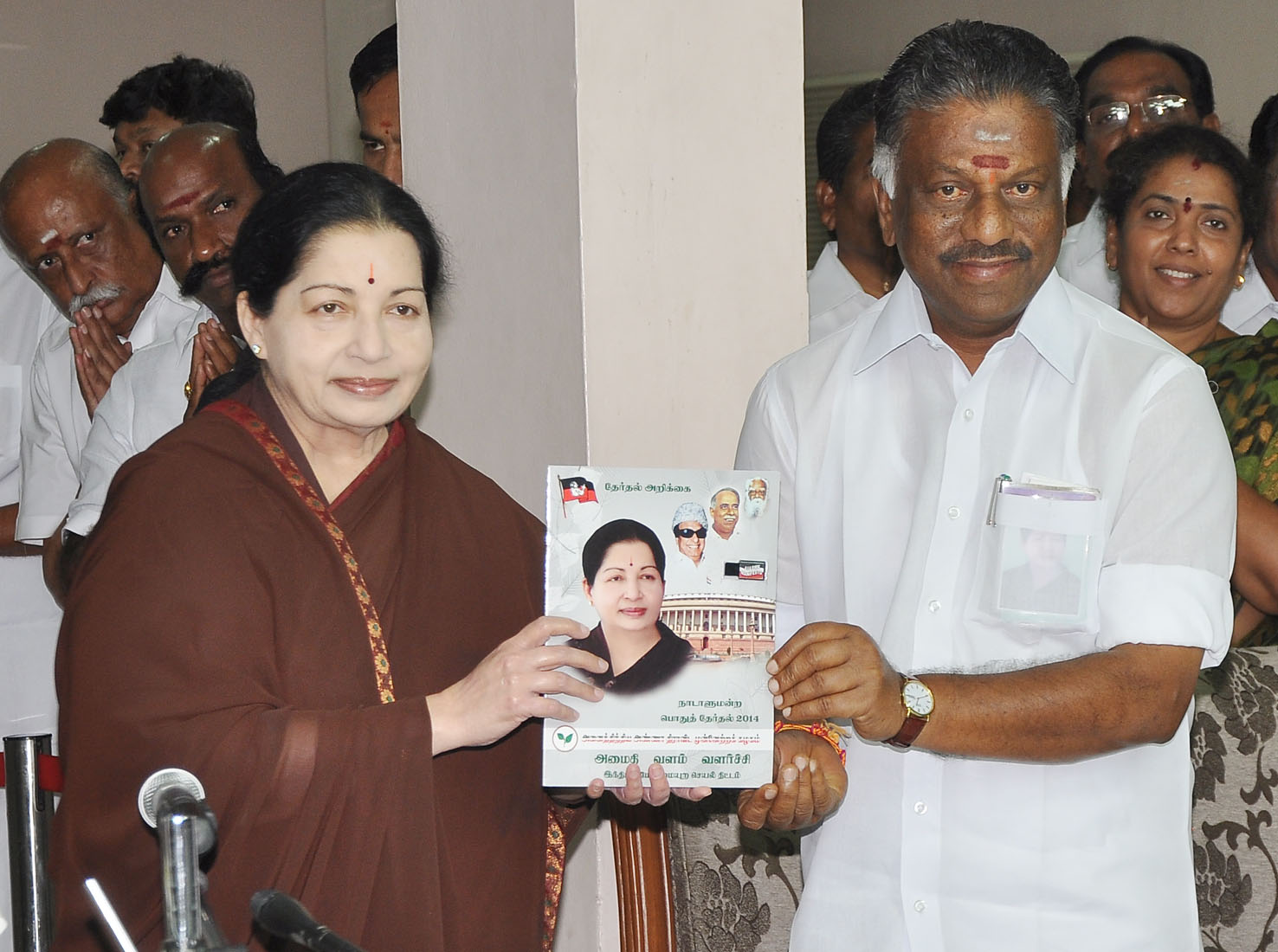 Here is the complete list of Election Manifesto which released by Anna Dravida Munnetra Kazhagam for legislative assembly election.

–>Fisherfolk assistance to be hiked to Rs 5000

–>No FDI in retail

–>Free Laptops with internet for 10th and 12th std students.

–> Famers loans to be paid Cooperative banks completely waived off

–> Women to get 50% subsidy for scooters

–> Master health check-up and women special check up to be expanded to all districts.

–> 20% land on SME industrial parks will be reserved for SC/ST entrpreneurs.

The ruling party of tamil nadu assembly ALADMK came up with strong and innovative manifesto for general polls 2016. The Dravidan party eyeing to attract all age groip people with their Therthal Arikkai list. Not to forget they offered lots of freebies on last assembly elections. While like other coalition ALADMK quotes for liquor free state in their list.

The election campaign of the party begins, Chief Minister candidate Jayalalithaa and other party candidates start working for Election 2016.