Virat Kohli & AR Rahman Selfie: Indian Star Cricketer Virat Kohli all set to team up with The MOzart of Madras AR Rahman fot the official anthem of the Premier Futsal League. Here is some of the photos of Virat Kohli and AR Rahman during the event.

In the event Virat kohli about AR Rahman, ‘I’m under more pressure than on the field as I’m sitting next to a person I hugely admire, Many of my childhood memories have a connection to the tunes of this man. I know how to prepare for cricket, but I have no clue about a recording session.’

And talking about the Premier Futsal anthem A.R.Rahman said, “We’ve been working on the song for a week. Virat’s portion will be a rap… I will make it easier for him.”

The Premier Futsal, which will kick start from mid July and feature eight teams from across the country, is being promoted by Xavier Britto of Indev Group. 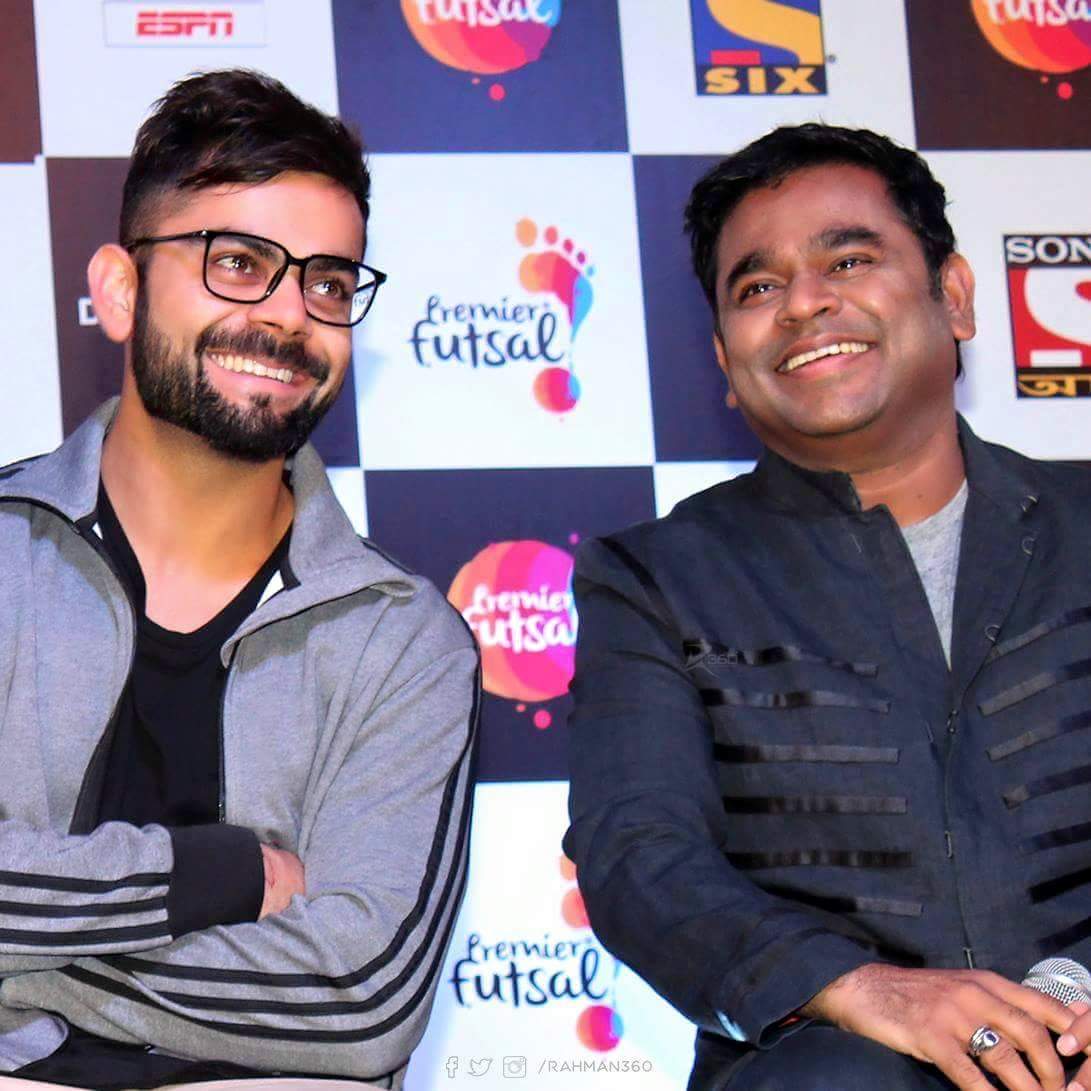 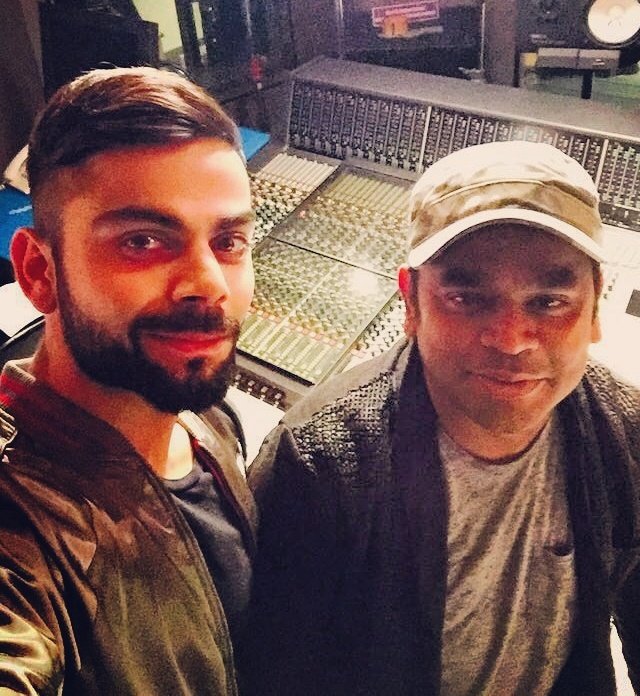 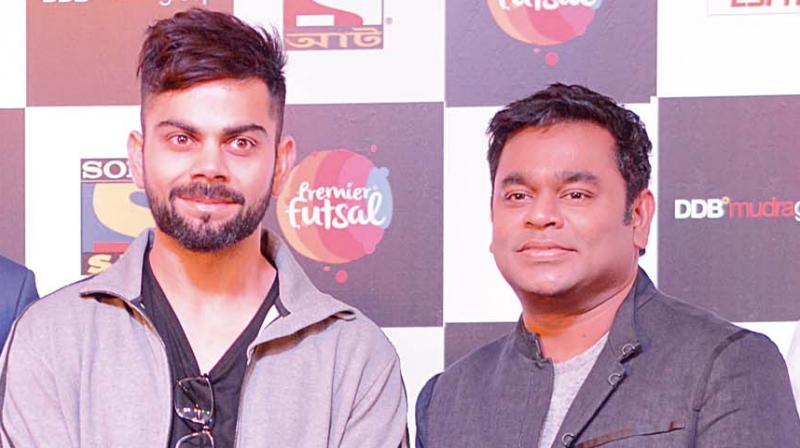 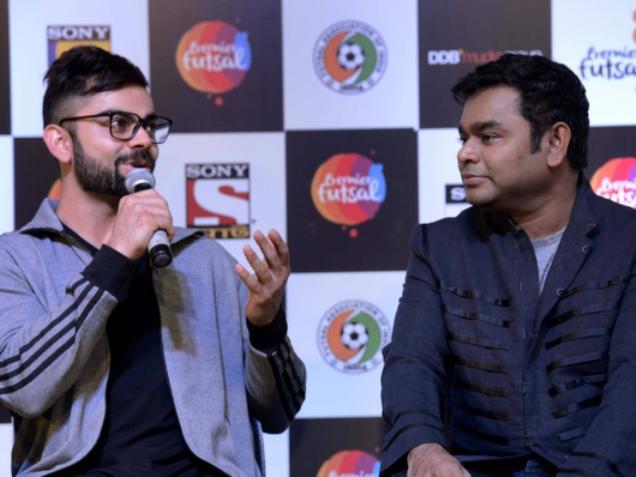