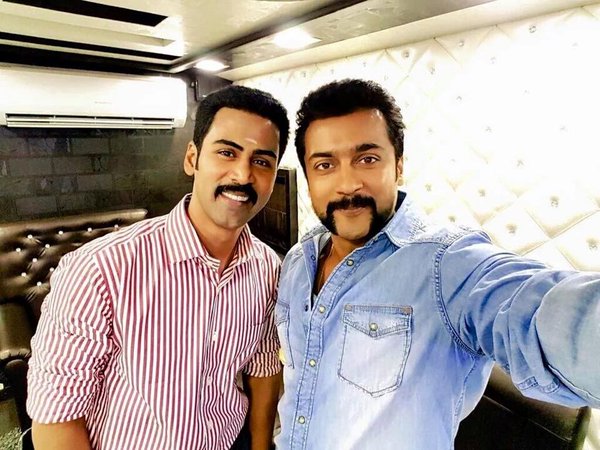 Singam star Suriya who is busy on the shooting of S3 has finally spotted along with new actor on set. Yes! Its none other than Singer Krish. The versatile singer of kollywood who turn as actor recently for Singam 3 which is direction by Hari.

The selfie of Suriya which spotted along with Krish has been posted on social media and doing rounds.

Singam 3 is officially titled as ‘S3’ the shooting has been taken in different locations in and out of country for past few month in thunder speed. Has we all known Hari for his fast commitment on completing movie along with huge cast of Singam 3.

According to the source, The shooting of Singam set to wrap on Mid 2016 and planning for Diwali release. The post production workds to commence soon and Meanwhile the audio of S3 getting ready for release soon from musical of Harris Jayaraj.