Suresh Raina, Captain of New IPL franchise Gujarat Lions posing for a selfie along with his teammates Brandon Mccullum and Shadab Jakati. The team getting ready to face new challenge in IPL 2016.

The opening ceremony of Indian Premier League season 9 set to happen at Mumbai. The popular Wankhede Stadium all set to witness grand opening on April 8th, 2016. 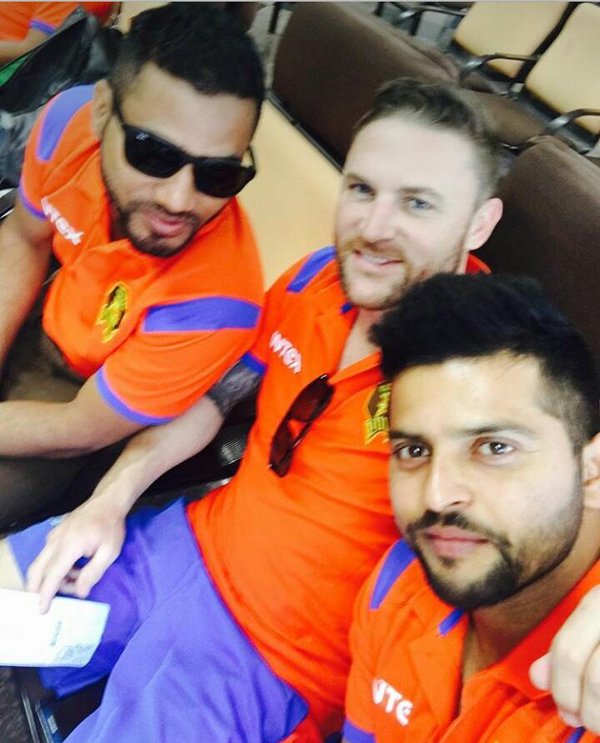 Skipper Suresh Raina and all other Gujarat Lions players reached Mumbai for Opening ceremony. Here is the pic which taken recently at camp. All rounder Bravo to perform for ‘Chanmion Dance’ on the grand event.