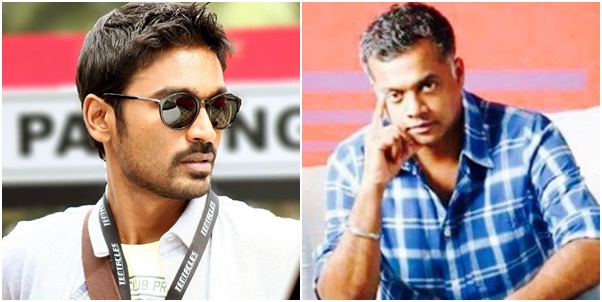 Latest buzz doing round, that Dhanush to join with Gautham Menon for his next film which is tentatively titled as ‘Enmel Payyum Thota’. The director recently revealed about the news in an event that Dhanush as roped in for action thriller which will go floor on march 2016 and planning to wrap in just two months.

Enmel Payyum Thota, The script which is written by Gautham Menon for Suriya, however the Singam star busy on shoots for his forthcoming movies, So Gautham approached Dhanush for the film as male lead. “Dhanush wants his portion to be completed before he starts working on his Hollywood project. He is expected to start work on this project from March,” the source added.

Dhanush currently working with Durai SenthilKumar’s political thriller movie ‘Kodi’ and the shooting of the film to wrap on February last week. And also the actor awaiting for the release of Untitled film which directed by Prabhu Solomon. Reportedly, Dhanush signed for hollywood film which set to commence on July 2016. Before the dream project, The VIP actor planning to complete Enmel Payyum Thota shooting.