Home » Vikram teams up with Director Hari for Saamy 2

Vikram teams up with Director Hari for Saamy 2 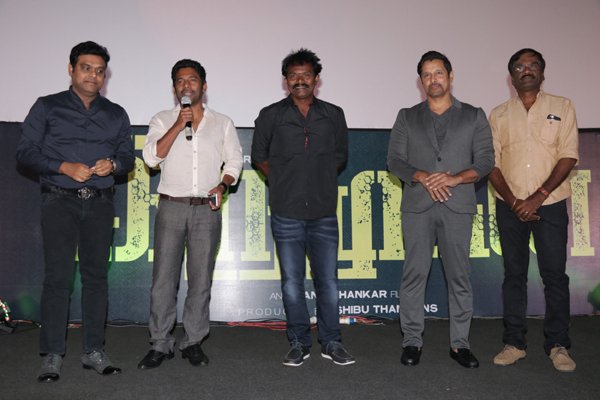 Its officially confirmed Vikram’s next after Iru Mugan to direct by Hari. The film will be sequel of Blockbuster tamil film ‘Saamy‘. Check out below for more interesting news about Vikram’s Saamy 2.

The massive announcement has been made in the grand audio launch of Irumugan movie in Chennai. Director Hari takes an opportunity to reveal about the project on the stage.

In Iru Mugan audio launch Hari said, “Vikram and I are finally reuniting for Saamy 2. It’s going to be our next project.”

Saamy 2 to direct by Hari after his current project Singam 3 and the film will lead by Vikram. The much awaited project to bankrolled by Shibu Thameens, producers of Irumugan.

Harris Jayaraj will compose soundtrack and background score for the film and Cinematography by Priyan. The other cast and crew of Saamy 2 to announce soon after pre production work.