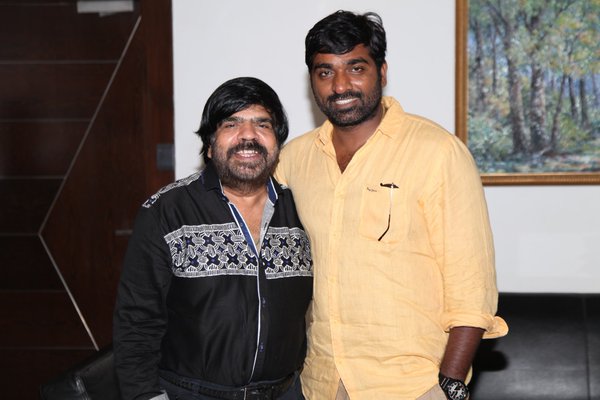 Vijay Sethupathi, the current sensation of tamil cinema confirmed his next movie with Director KV Anand. After hat-trick hit run at box office, Vijay Sethupathi locked another promising project in 2016.

Archana Kalpathi of AGS also confirmed the news. #AGS18 – The 18th film of the production house to collaborate with Vijay Sethupathi and KV Anand after blockbuster ‘Thani Oruvan’ in earlier 2015.

Interestingly, Actor, producer and musician T Rajendar is also part of this new projec along with VIjay Sethupathi. TR to play a crucial role in this movie. After a long break from silver screen T Rajendar to feature in KV Anand directional.

The other cast and crew details about Vijay Sethupathi-KV Anand project has not yet announced. The shooting of the film anticipated to commence from Mid 2016 after Vijay Sethupathi’s current project. Harris Jayaraj may compose music for this flick.