Madhavan’s latest tamil release Irudhi Suttru to remake by Venkatesh in telugu, the much awaited sports-drama film which released on 29th January and garnered huge positive reviews from critics and audience. Now the leading star of tollywood, Venkatesh Daggubati planned to remake the film in telugu. 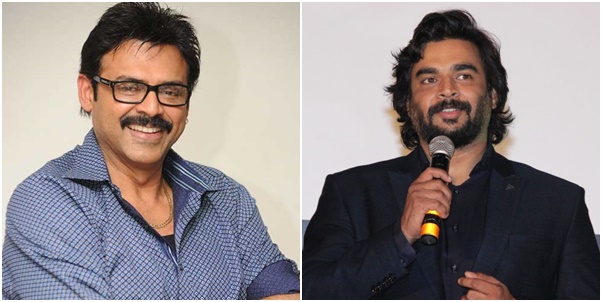 After a break from cinema, Daggubati Venkatesh set to into action with ‘Irudhi Suttru’ telugu remake. Reportedly, The actor watched ‘Irudhi Suttru’ premiere show at chennai and has been extremely moved by the movie. This Telugu version will be helmed by Sudha Kongara who directed the original versions.

Director Sudha Kongara reported earlier that she herself will shape the telugu version too. Venkatesh to reprise Madhavan’s role in Irudhi Sutru remake. The cast and other technical crew of the film yet to finalize. Stay tune this space for more updates about ‘Iruthi Sutru telugu remake’.