The much awaited announcement has made by Dhanush about his next movie. Velaiyilla Pattadhari 2 is the flick which is going to be directed by Soundarya Rajinikanth. After the blockbuster hit of VIP in 2014, The actor come up with exiting announcement of sequel. 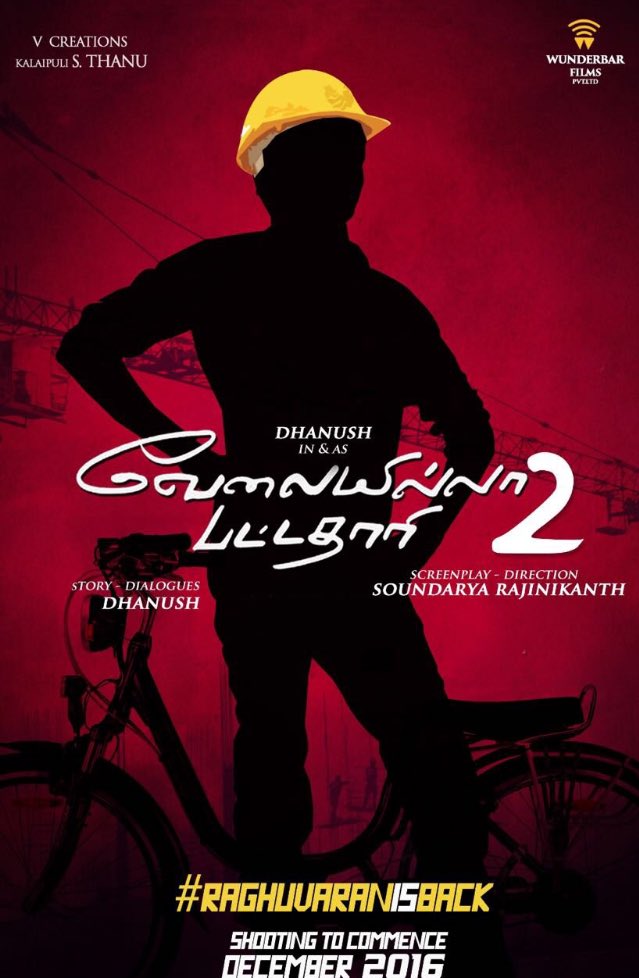 The film going to bank rolled by Kalaipuli Dhanu’s ‘V Creation’ and the crew expected to retain from VIP. After a year break, Anirudh and Dhanush to work together for this project.

Soundarya Rajinikanth set to make her Directional Debut in featured tamil flick. She named as Director of Kochadaiyan, however its an animation flick.

The shooting of Velaiyilla Pattadhari 2 expected to start from December 2016 and film aiming for Summer 2017 release. The other cast and crew member to be announce soon.