Home » Top 5 Cricket teams with most runs in International Cricket

Top 5 Cricket teams with most runs in International Cricket

Cricket is played almost all over the world yet there are only some of the major teams which everyone know in this Cricket arena. Here is the list of top 5 Cricket teams with most number of International runs. 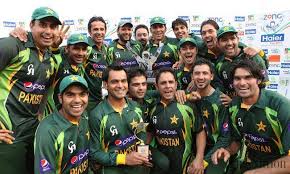 Pakistan is well known for its bowling attack is not an consistent run scoring team . They  concentrate mainly on their bowling attack though they have managed to reach Finals and Semi finals in major ICC tournaments. Pakistan have scored 369854 runs in 1358 matches.

West Indies is the team which ruled Cricket once with batsman like Vivi Richards. West Indies players are mostly power hitters and they rule T20 Cricket in this era. They are the current T20 world champions. The Caribbeans have managed to score 393883 runs in 1326 international matches they have featured in.

India one of the most consistent nation in every format of Cricket. It is the country which produced Cricket God “Sachin Tendulkar” to Cricket. They have batsmen who can turn a match single handely like MS Dhoni , Virat Kholi.India have scored 427366 runs in 1466 matches they played so far.

Its Undoubtably the team which is the home of Cricket, England. British is the one who Introduced Cricket to this world. Though there are not many consistent players in this team. This team have scored 589318 in 1723 matches till date.