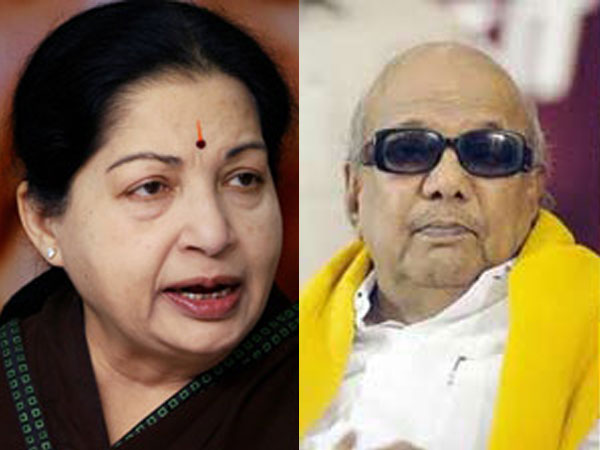 The mega survey conducted by leading tamil daily newspaper and television channel Thanthi TV among various district and villages. The news channel along with Krish Infomedia and undertaken survey with sample poll of 35,600 (150 people in each constituency).

The election result of Thanthi TV prediction which favours ruling party. The survey showed the AIADMK-led alliance leading in 22 seats in Tamil Nadu.

Jayalalithaa is projected to win at 39.66%, while Karunanidhi comes close at 31.89% – The survey reult of leading news channel Puthiya Thalaimurai. Ahead of Assembly elections, the pre-poll survey result by channel predicts ADMK will lead in 164 seats and DMK likely to win 66 seats.

The results of opinion poll undertaken by News 7 Television and Dinamalar for the southern region favours to DMK. On conducting pre-poll opinion among 2.3 lakh peoples, the survey result shows Karunanithi’s DMK ahead of 30 seats in southern districts. However, the ruling AIADMK was ahead in 24.

Here is some of the other opinion polls survey conducted by other medias: