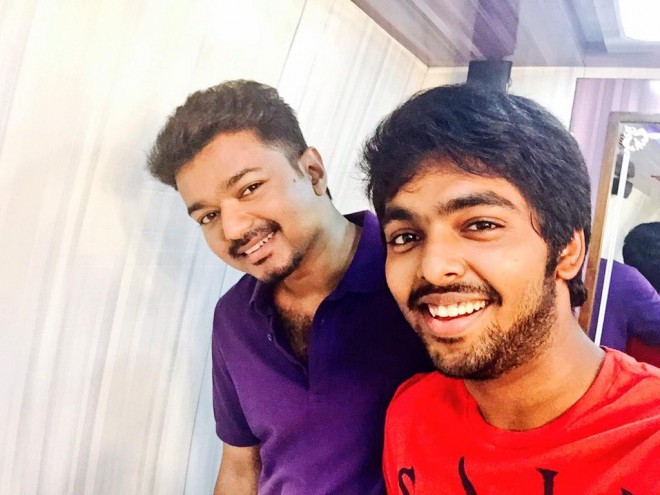 According to the source, The makers planning to release single track audio of Theri before full songs release. As per update by G.V. Prakash, The title song of the movie ‘Jithu Jilladi’ to reveal soon on March first week. Check out below for GV’s twitter posts:

Theri marked as fiftith musical movie for music composer GV PRakash Kumar. Reportedly, Theri slated for April 14th release worldwide and The songs of Theri planning to release on Mid-March 2016. The post production of the movie going in brisk pace and dubbing is wraped up recently.