Ilayathalapathy Vijay’s firthcoming film with Atlee has been titled as Theri. The official first look of Theri released along with title in social media. 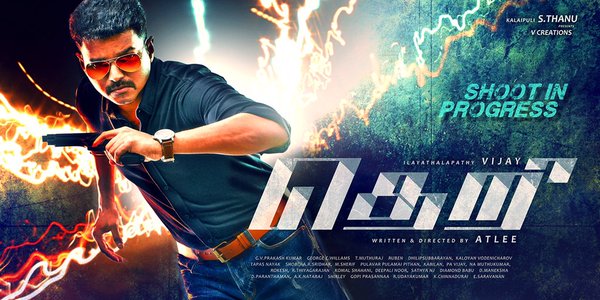 Vijay 59, which is directed by Atlee (Raja Rani fame) and produced by Kalaipuli S. Thanu. The film is starring by Vijay, Samantha and Amy Jackson. The shooting of Theri going in full swing and movie scheduled for earlier 2015 release.

Reportly, Vijay 59 is rumoured as Thaaru Maaru and now officially titled as Theri. Ilayathalapathy Vijay playing dual role in this movie and touted to be action entertainer. Samantha to collaborate with Vijay for second flick after blockbuster ‘Kaththi; in 2015.

The official first look poster of Theri featuring Vijay in typical look with a gun. Cinematography by George C. Williams and the film musical by GV Prakash Kumar and songs expected to release in December 2015. 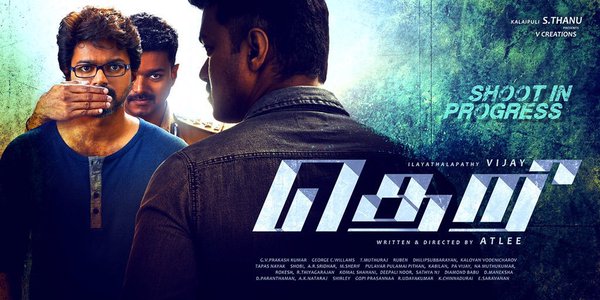 Stay tune for more updates and latestnews about Theri movie.