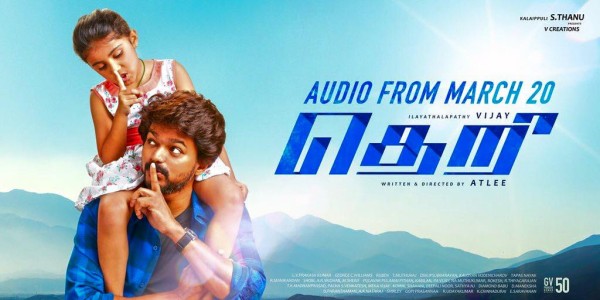 Reportedly, Think Music has bagged Theri songs rights for hug price after competing along with Other label Sony Music South. After Vettaikaran and Sura, ‘Theri’ will be third collaboration of Vijay and Think Music.

The audio of Theri set to release on March 20th from the musical of G.V. Prakash Kumar. Fans of Ilayathalapathy started celebrating audio release of Theri in social media’s Facebook and Twitter. Reportedly, Theri album comprises totally with 7 songs including theme music. The official tracklist of Theri to reveal soon.