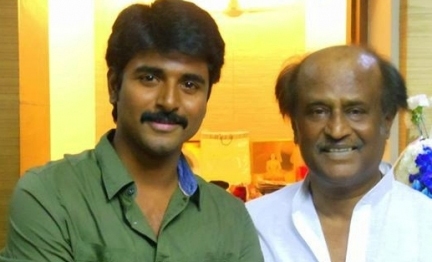 Superstar Rajinikanth, who have been impressed with Sivakarthikeyan’s ‘Remo’, congratulated Sivakarthikeyan. The movie which has been released last week, garnered positive reviews. The film ‘Remo’ starring Sivakarthikeyn and Keerthy Suresh and directed by Baakiyaraj Kannan.

RD Raja, the producer of the film, took twitter to revealed that Rajinikant has called him and Siva to congratulated them. He also said that the Superstar liked the film ‘Remo’ very much and praised a lot.