Its been almost four month since Vivegam release and here is the recent public appearance of Thala Ajith. The actor who visited Sai Baba temple in chennai which was captured by his fans. In this video, Ajith Kumar spotting with a new makeover which is romoured to be his his getup for Viswasam. 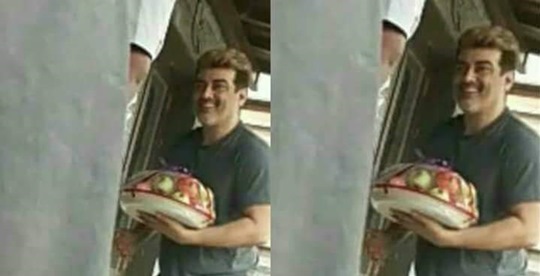 The announcement regarding his next is recently revealed by Sathya Jyothi Films in their twitter handle. Meanwhile, From the latest video, Thala looking young with his physique and features with his new hair color.

While everyone expected Salt and Pepper from the star, Ajith has other idea to comeup with brown colored hair.

It’s well known before, Thala who introduced Salt and Pepper style to kollywood. He featured in many movies including Mankatha, Aarambam, Veeram, Vedhalam, Yennai Arindhaal and Vivegam.

Related: Ajith Next Film With Siva Titled As ‘Viswasam’

Now for a change, he might feature onscreen with different hair style. However his new style going to create new trend among his fans.

Viswasam is the upcoming tamil movie direction by Siva featuring by Ajith in lead role. The film shooting all set to begin in January 2018. The other cast and crew details to reveal soon.