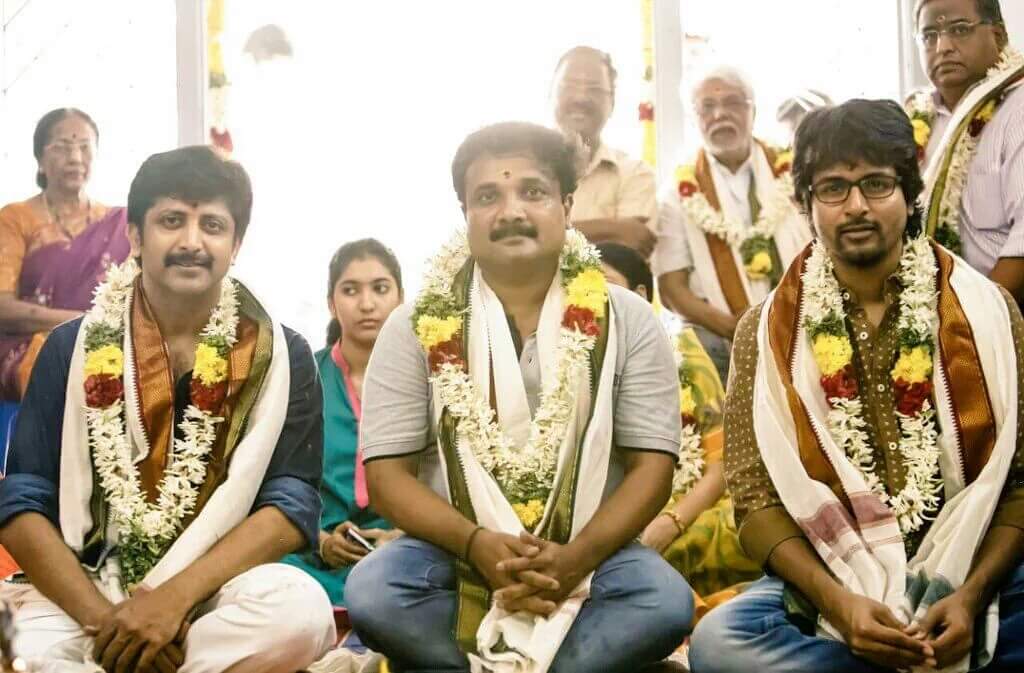 Rising Star of kollywood, Sivakarthikeyan’s forthcoming film with Director Mohan Raja to kick start soon. The movie launch (Pooja) of the movie has happened at Chennai on 11th March, 2016. Sivakarthikeyan-Mohan Raja’s next Untitled flick to produce by RD Raja’s 24AM Studio.

After blockbuster ‘Thani Oruvan’ in 2015, Director Mohan Raja has joined hands with Sivakarthikeyan with another fresh script. The shooting of the project to commence from April 2016.

Sivakarthikeyan’s dream run in kollywood excepted to continue after signing films with promising directors. After blockbuster ‘Rajini Murugan’ the actor currently busy working for his current movie ‘Remo’ which is directed by Bhagyaraj Kannan.

The actor officially posted tweet about the film, ‘Glad 2 share,with ur blessings, @24AMSTUDIOS commences Production No.2 today with @Siva_Kartikeyan @jayam_mohanraja.’

The 24 AM team intends to complete their debut project ‘Remo’ as soon as possible and eyeing for dual 2016 release. The official title of Sivakarthikeyan and Mohan Raja project to announce soon and other cast and crew details to reveal soon.