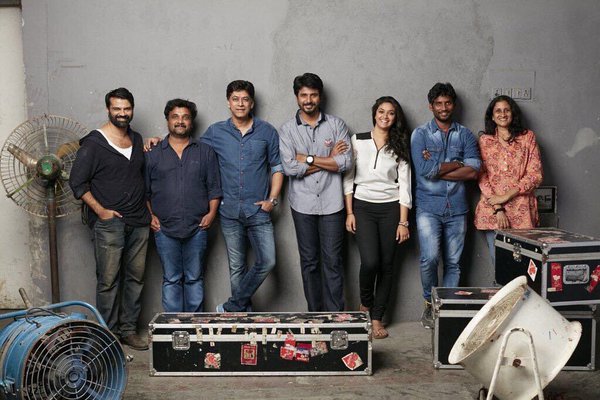 Sivakarthikeyan – Bhagyaraj Kannan movie next titled as Remo: The forthcoming film of Sivakarthikeyan has been officially titled as Remo which is directing by Debut film maker Bhagyaraj Kannan. Recently, The Rajini Murugan actor celebrated his birthday along with his current movie cast & crew. The makers has announced the title on the celebration of actor’s birthday. The shooting of Remo going in full swing and movie planning to release on MId 2016.

Touted to be Commercial Entertainer, Remo is written and Directed by Bhagyaraj Kannan and the film produced by 24 studios. Starring Sivakarthikeyan, Keerthy Suresh and Sathish in lead roles. The cinematography of Remo will be handle by PC Sreeram and the music will compose by Anirudh Ravichander. According to the reports, The songs of Remo set to release on Summer 2016.