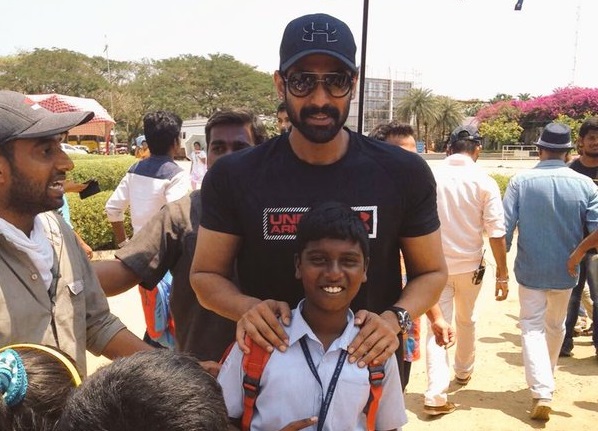 After played crucial role in Simbu-Manjima Mohan starrer ‘Achcham Enbadhu Madaimayada’, The handsome hunk of tollywood set to play an important role in Enai Noki Paayum Thota. Source close to team has revealed about movies update to IANS that,

“Rana has already joined the sets to shoot his portion. The makers have kept his role under wraps. He plays a crucial role in the film,” a source from the film’s unit told IANS.

Rana Daggubati who was busy on the shoot of Baahubali 2 – The Conclusion has alloted his date for Gautham Menon’s next tamil filck. However, the source refused to reveal about character of Rana to play in ‘Yennai Nokki Paayum Thotta’.