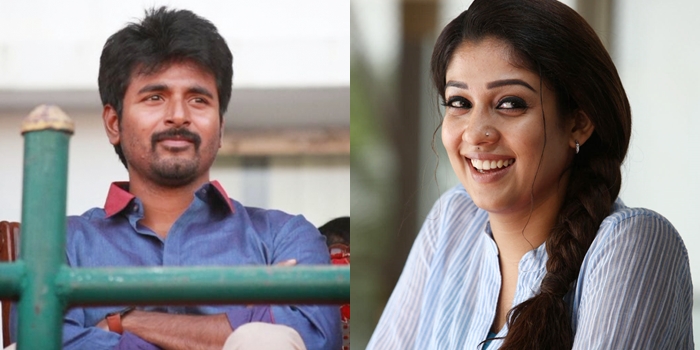 Lady Superstar of Kollywood, Nayanthara all set to romance Sivakarthikeyan in Mohan Raja’s directional. After blockbuster of ‘Thani Oruvan’, Director Raja signed Nayanthara for his next which lead by Sivakarthikeyan.

The actress busy on the shooting of on going project with Vikram. After completing the current film, Nayanthara to commence her next with Sivakarthikeyan.

The untitled flick which produced by 24AM studios. The official announcement has been made recently on the micro-blogging site.

The team 24AM Studios posted, “Proud&happy to announce #Nayanthara joins with @Siva_Kartikeyan @jayam_mohanraja @24AMSTUDIOS for our Production No:2.”

The shooting of the film to begin in Mid 2016 and aiming for Diwali release. Apart from Nayanthara and Sivakarthikeyan, the other cast and crew of the flick not yet finalized. Stay tune for more updates.