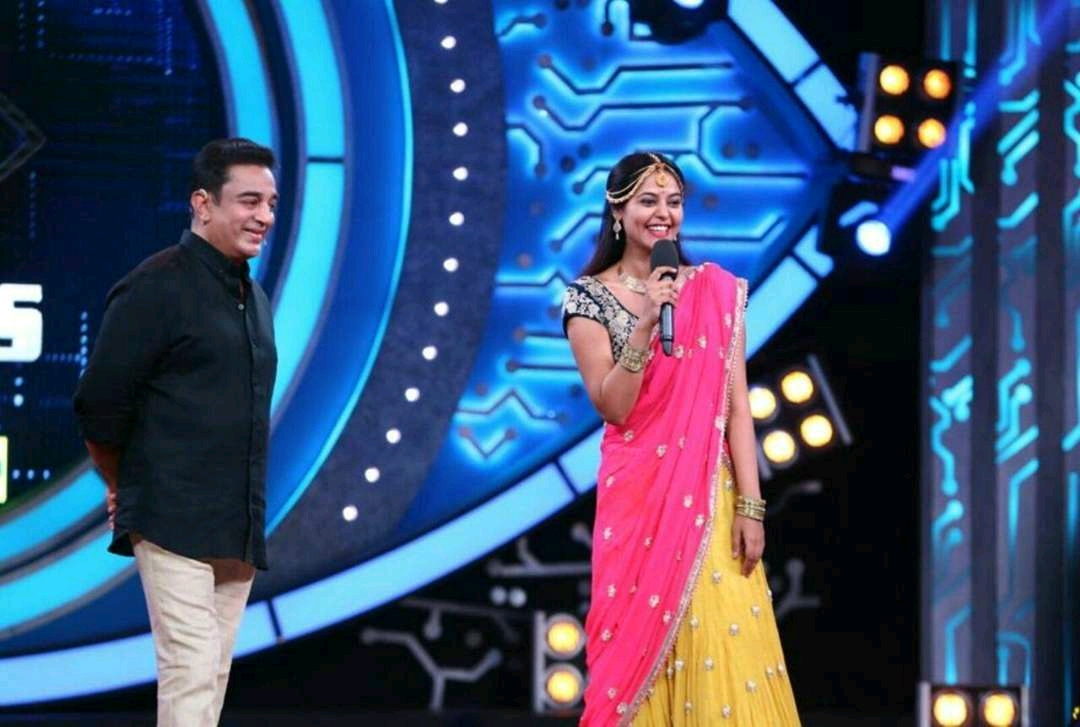 The first wildcard contestant has been entered into bigg boss tamil show. Actress Bindu Madhavi joined with housemates in the show for further journey. The new participant will stay in house from week 6 and join in all activies from Day 37.

Bindu Madhavi, is an Indian Model and actress who featured in South Indian movies. She made her debut in Telugu industry and featured in many Tamil movies.

As already expected, New entry of big boss house finally arrived. With knowing all drama happening in and out of house, Will Binndu stay successfully in house along with other contestant? Let’s wait and watch.

There is no eviction during the week 5 which already announced by Kamal Haasan in previous week show. However, other contestants nominated Raiza, Oviya, Aarav and Juliana for eviction. Everyone excited after knowing no eviction for the week.

With huge TRP rating of Big Boss tamil which smashed all previous tamil channel shows is going to be more fun with new contestant. What more surprises we can expect? Let’s wait and watch in upcoming weeks.