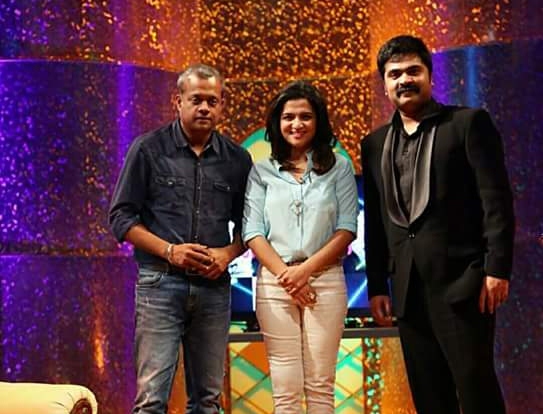 Vijay TV Koffee with DD Diwali Special: Ace actor of kollywood Simbu back to Vijay television after a long years. He is the chief guest on the chat show Koffee with DD Diwali special. The actor appeared for promotion of this forth coming release ‘Achcham Enbadhu Madaimayada’ movie. Check out below for Promo video of the show.

Previously Simbu is seen in Vijay TV as judge of Jodi No. 1 and after controversy with Contestant Prithiviraj, the actor keep quitting all functions hosted by the channel. It been a while he made an comeback to channel for his film promotion.

Along with Simbu, Director Gautham Menon also being part of the show. Both talked much about ‘Achcham Enbadhu Madaimayada’ and shared interesting stories about the film journey. Simbu also talked much about his forthcoming film Anbanavan Adangathavan Asaradhavan (AAA) film. Stay tune to the page for timing details about the show.

The popular chat show Koffee with DD hosted by Divyadarshini with Simbu is all set to broadcast in Deepavali day. The timing details will be update soon. Stay tune to scooptimes.com for more news.