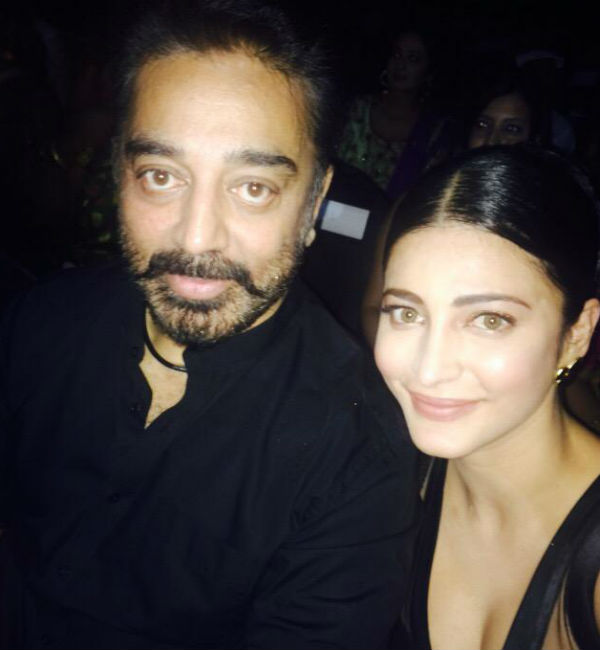 Latest Buzz doing round, Ulaganayagan Kamal Haasan to reveal his next three movies title Production 41, 42, 43 on April 29th. According to the source, Kamal will reveal the news on Nadigar Sanga Valagam. The highly anticipated announcement to release on behalf of press and media with his team.

Reportedly, LYCA Productions to join along with Rajkamal films to bankroll his forthcoming movie and further details to unveil on friday. Music Maestro Ilayaraja to work for Kamal movie after a long gap. Production 41, 42, 43 indicated Rajkamal movies list.

The film which directed by Rajeev Kumar featuring Kamal Haasan and Shruthi Haasan together for first time on screen. The movie will be trilingual Tamil, Telugu and Hindi. Popular Telugu actor Brahmanandam to play important role along with Kamal Haasan.

The actor released three movies last year Uthama Villain, Papanasam and Thoongavanam. Kamal Haasan to revive an old character in his next film.