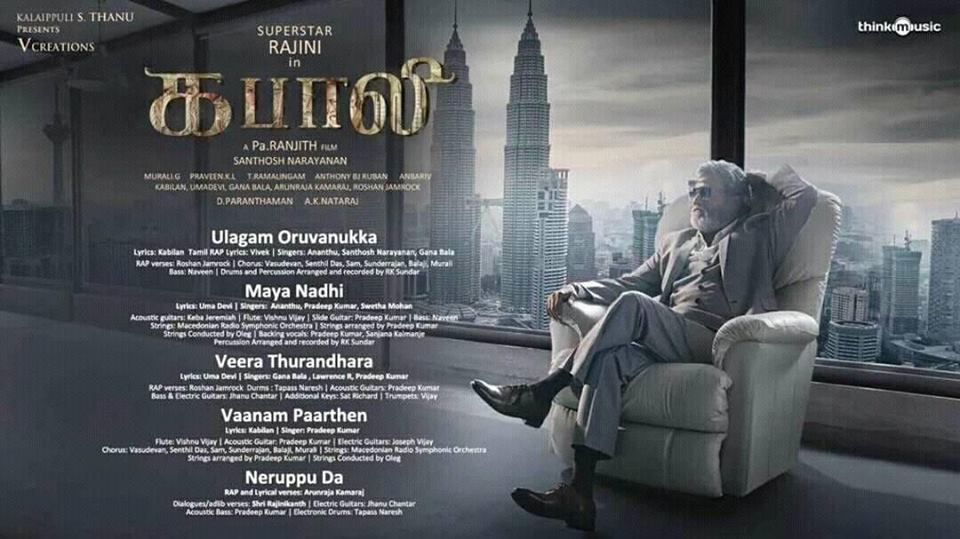 The official tracklist of Kabali songs has been released ahead of audio launch. The film starring Rajinikanth in lead role and direction by Pa Ranjith. From the musical of Santhosh Narayanan, the songs of Kabali all set to release on 12th June.

The trailer of Kabali expected to release along with audio release on 12th June and the film slated for July 2016. Radhika Apte playing lady lead along with Rajinikanth. Stay tune for more updates about the movie.