The most awaited game show in Star Maa ‘Bigg Boss Telugu‘ going to be air on July 17th. The mega show will be host by Tollywood Star actor Jr. NTR. The famous game show to debut in telugu after success of Hindi, Kannada and Tamil languages. 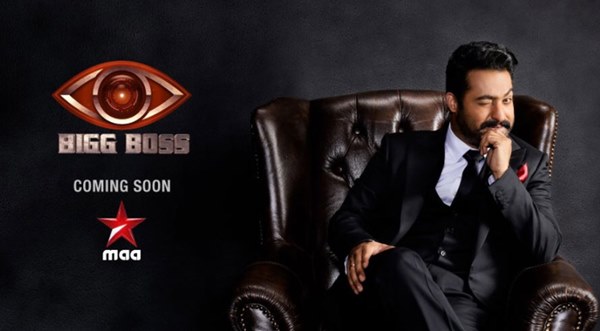 Bigg Boss Telugu is going to play by 12 celebrity contestants. The game show is about all participant going to live in a seperate house for 70 days. The complete place is going to isolate from outsite world. For each week, One contestant going to eliminate from the show. The house going to monitor by 60 cameras.

The winner of Telugu Bigg Boss will be awarded with huge prize money. Every day some task going to be given to all contestants to make the game interesting.

The show opted from ‘Big Brother’ format which is being played in many part of the world. The telugu Bigg Boss rights has been acquired by Star Maa television. The show going to telecast every day and Jr. NTR will host during weekends.

This show is the fifth official indian language to opt to Bigg Boss after Hindi, Bangla, Kannada and Telugu. The hindi version hosted by Superstar Salman Khan, Kannada by Sudeep and Tamil by Ulaganayagan Kamal Haasan. Now the telugu version to host by Jr. NTR.

The Tamil Bigg Boss has been started two weeks ago and made huge controversies. Star owned Vijay Television broadcasting the show in tamil.

The celebrity contestants for the show not yet revealed by television. Star Maa Network to air first episode of Bigg Boss Telugu on 17th July from 9 PM. Stay tune to the show for more details.