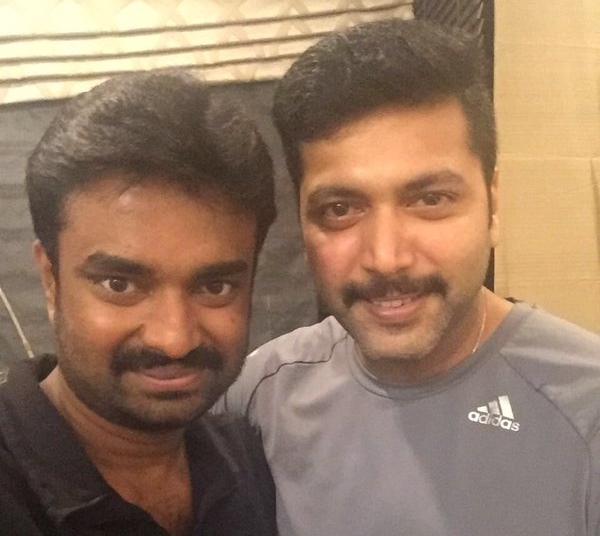 Jayam Ravi Next With Director Vijay: Actor Jayam Ravi announced his next film which is going to Direc ted by Vijay. After his current project ‘Bogan’ with Lakshman, Ravi to commence his next. The news officially confirmed by the actor in his micro blogging site on Monday.

Here is the official announcement by Jayam Ravi to press:

“I always has an inclination to work with directir Vijay. His presentation will suit my style of acting i always felt. Just that we were not available to each other in terms of dates all these days. Here it is now we are joining together for a massive emotion and action commercial entertainer that will elevate our mutual status to national level. The other cast and crew will be announced shortly. We will kick start this project once we conclude our current commitments.”

Happy to be associated with my bro A.L.Vijay for my next. One of the nicest person. Looking fwd to this ?? #jr21 pic.twitter.com/bvJaSHhxCW

In his statement, Jayam Ravi acclaimed about Directer Vijay and their friendship. The ace-film maker to work with ravi for first time on screen. The shooting of Jayam Ravi-Vijay project to begin soon after ‘Bogan’. However other cast and crew details about the film expected to announce soon.