Chiranjeevi next to title as ‘Khaidi 150’? 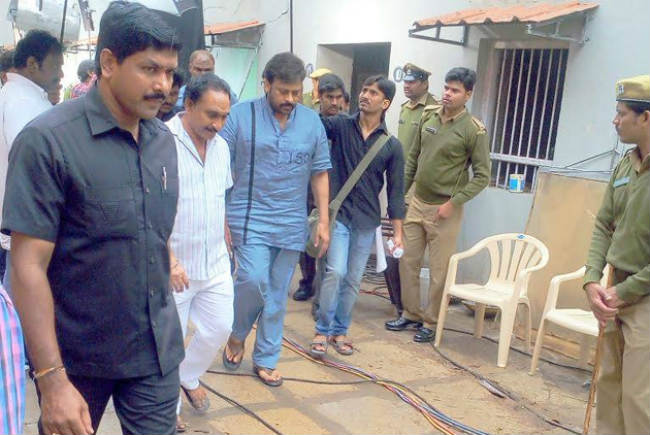 The awaited first look poster and title of Megastar Chiranjeevi‘s 150th movie to release today. Latest buzz doind round, that the film anticipated to titled as Khaidi No. 150.

On the celebration of 61st birthday of Chiru on 22nd August, The production house planning to unveil the first look poster of the movie on 21st August.

The movie is an official remake Ilayathalapathy Vijay’s blockbuster ‘Kaththi’. The tamil film which directed by AR Murugadoss in 2014, produced by LYCA Productions.

The telugu remake of Kaththi is directed by V V Vinayak. As per the story, Chiru will be seen in dual roles and one of the characters is a prisoner and he is number is also 150.