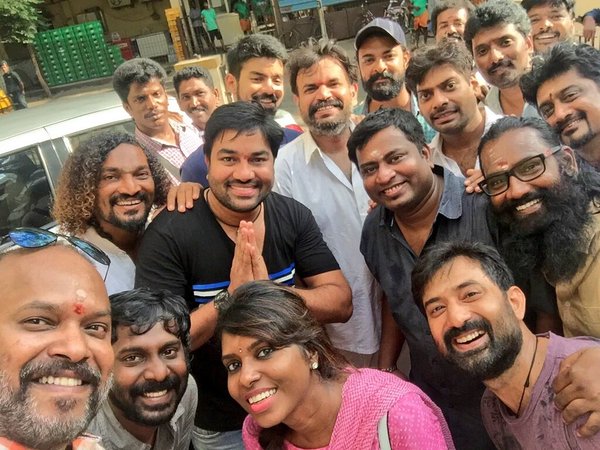 The much awaited Chennai 600028 Part 2 shooting all set to commence from April 11th. Direction by Venket Prabhu, The film is launched recently at Chennai with cast & Crew.

The sequal of 2007 Superhit tamil movie Chennai 28 shooting to begin from April 2016. The team conducted the puja yesterday. Venkat Prabhu posted pictures with the team and tweeted, “#reunion #vp7 #poojai #freshstart need ur love and support.”

The official first look title poster and teaser has been revealed recently by the team. Followed with film pooja launched on April.

According to the source, Chennai 28 team to shooting in Chennai for about 10 days and will then head to Courtallam-Tenkasi side for a 30-day schedule. The movie planning to release on End of 2016.

The cast of Chennai 26 which ensembles Jai, Shiva, Premgi Amaren, Aravind Akash, Nithin Satya, Varalakshmi and Vaibhav. The music of the film to compose by Yuvan Shankar Raja.