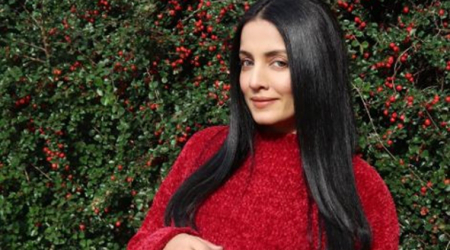 On September 10, twin boys Arthur Jaitley Hag and Shamsher Jaitley Hag were born to Celina Jaitley’s house. However, Shamsher died due to a serious heart problem.

Bollywood actress Celina Jaitley’s twins were born on September 10 due to discussions due to pregnancy over the past several months . But one of these children could not survive for a long time. This information has been shared by Selina on the day of Dussehra.

“Today on Dussehra, we want to share a nice and a bad news with you on 10th September, once again on the 10th of September, our home twins boys Arthur Jaitley Hag and Shamsher Jaitley Hag the blessings of God However, every time our life is not the same as we think, our son Shamsher was suffering from a serious heart problem, and now he is not in this world. But a part of Arthur’s with us,” said Celina.

ANNOUNCING THE BITTERSWEET ARRIVAL OF OUR 2nd SET OF TWINSWhen it rains look for rainbows, when it's dark look for…

Senina’s father V.K. in the beginning of July, regretting that the father was lost to Celina Jaitley. Jaitley died in Indore, and in Sintbar he lost his newborn son. Referring to this, he wrote, “I lost my child Shamsher after father’s death two months ago, this is a very difficult time.” However, at the end of the tunnel light is definitely. Jaitley is Hog, who is going to start her new life with your blessings and blessings. Thank you for your love and constant support. ”

Significantly, Celina Jaitley won ‘Miss India’ title in 2001 and she was in fourth place in the Miss Universe contest in 2001. Celina started her Bollywood career with the 2003 film ‘Janshin’. In addition, he has appeared in films such as ‘No Entry’, ‘Golmal’, ‘Tom Dick and Harry’. He married businessman Peter Hag in 2011. In March 2012, Viraj and Winston, their twin sons were born, who are now 5 years old.