The fourth season of Bigg boss Telugu all set to start from August 30. Star Maa officially confirmed the launch of the show with the latest teaser. Nagarjuna continues to host the Bigg boss 4 Telugu. The popular Telugu reality show all set to entertain people despite of clashing along with IPL schedules in prime time. 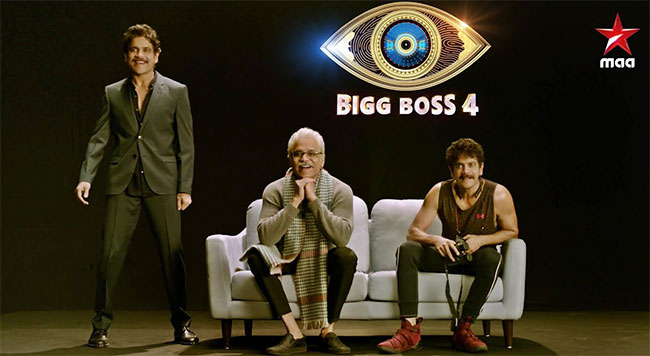 For Bigg boss Telugu 4, a total of 16 contestants all set to enter the isolated house. The makers ensure not to reveal any of the participants until the launch premier. However, some websites started guessing the list of contestants.

According to the source, some of the popularly known faces from the Tollywood industry along with Telugu television stars expected to enter the house. Like previous seasons, Bigg boss 4 Telugu to introduce some familiar faces from social media like Tik Tok influencers.

Actor Nagarjuna continues to host the show following the previous edition. Initially, some rumors go round that Mahesh Babu expected to host the show, however, the superstar actor is busy in the sets of his forthcoming film.

As per the leaks and reports from a source close to the team, Amma Rajasekhar, Lasya Manjunath, Gangavva, Syed Sohail Ryan, Noel Sean, Jabardasth Avinash are a list of contestants expected to be the part of Bigg Boss Telugu 4. People in social media started buzzing about their own list of participants. However the final list of participants to be known on launch day.

Amid COVID Pandemic, the makers decided to kick off the show with all safety precautions. All the contestants made self-quarantine at the private place ahead of the show. Star Maa recently released the promo of the show featuring host Nagarjuna with quoting coming soon. To know all the latest news, complete list of contestants and big boss Telugu 4 voting process stay tuned to our space scooptimes.com.